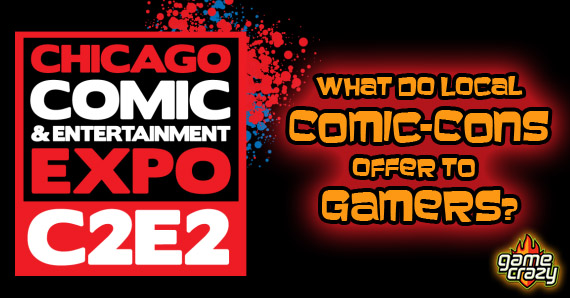 I Wish I Had Swag

There are gamers all over the world who wish they could go to big video game conventions like E3 or PAX, but simply don’t have the means. Whether it’s because they live too far away or they’re not industry members, there are plenty of reasons they’ll end up following the action from home, thinking that if only there was a convention closer to their neck of the woods, they’d be one of those lucky guys walking the convention floor with armfuls of swag.

Little do they know that there is such a creature.

A Convention for Everyone!

What if I told you there’s a convention open to all that’s easier to get to? I’m specifically talking about the C2E2 Comic and Entertainment Expo in Chicago, which is closer to me, but this applies to pretty much any regional comic book convention. What’s that, you say? What does a comic book convention have to offer the video game crowd? Tons, you just have to be a little creative. 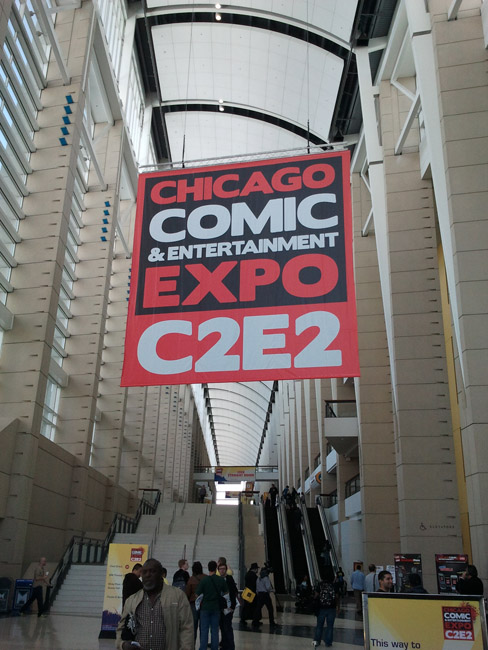 ReedPOP’s C2E2 Comic and Entertainment Expo in Chicago has been going on since 2010. It’s packed with comic book artists from around the world, celebrities from all areas of pop culture, and Q&A panels with your favorite guests. The convention floor is filled with booths selling comics, collectibles, and yes, video games. If you look hard enough you’ll find a few booths with selections of rare old video games for a variety of systems. 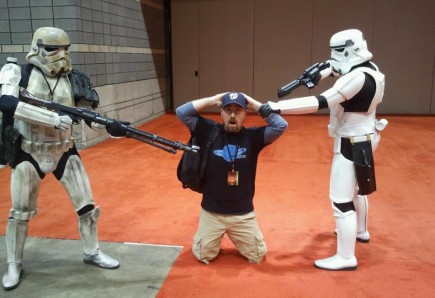 Me and a couple of my friends at C2E2 last year.

Don’t Forget to Bring Your Games!

In addition to the games, you can also find a staggering amount of merchandise for your favorite video game franchise in the form of t-shirts, figurines, and posters. Now, you might be saying, “That stuff is cool, but what else is there for gamers?” This is where getting creative comes in.

Each year, C2E2 features a line-up of celebrity guests from TV shows and movies signing autographs. You can always get a favorite video game signed by someone that was either in the game itself or appeared in the movie or show it’s based on. 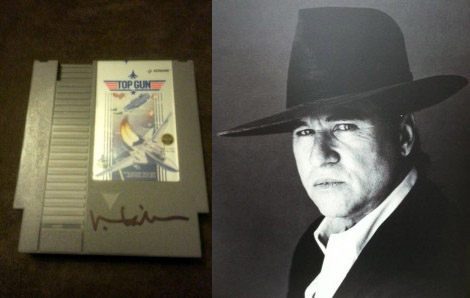 Val Kilmer attended C2E2 2012 and signed my copy of Top Gun for the NES.

Not the Usual Meet-and-Greet

Getting video games autographed makes for a very unique experience, not just for you, but for the person signing it. They’re used to signing head-shot after head-shot, so when someone hands them a video game to sign, I’ve found that the celebrity has more questions for me about the game than I have for them.

This year’s C2E2 Comic and Entertainment Expo runs from April 26 to the 28 at Mccormick Place in Chicago, Illinois. For more info, click here.