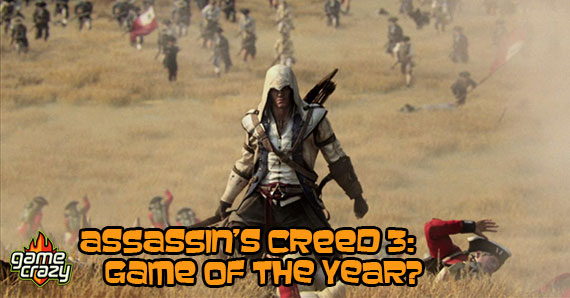 Assassin’s Creed 3 has been out for a few weeks now, and it’s a fantastic game. If you haven’t played it, what are you waiting for? It blends everything great about the first games, updates the controls to make combat and exploration smoother, and introduces new game elements that set it far apart from its peers. Quite simply, AC3 sets the bar higher for video games. Here are five reasons Assassin’s Creed 3 will be my game of the year.

Clearly someone at Ubisoft played a Sid Meier game or two, decided that the best part of Pirates! was the ship-to-ship combat, and felt the need to get that thrill into the current generation of console games. This unknown Ubisoft employee was 100% correct. Starting the first ship mission in AC3 was like finding out your cake came with a free side of pie. It’s beautiful, it’s awesome and I would have played for that part alone.

Much like in Red Dead Redemption, you can now hunt in AC3. You may be thinking, “Why is there Cabella’s in my assassin game?” but it’s not like that. Jon Marston never jumped from behind a tree and mercilessly shoved a hidden blade in the back of a deer’s skull.

Someone at Rockstar should get on that though.

There are a variety of animals to kill, in a variety of different areas. And sometimes it can be surprising to see which animals fight back. Sure, it turns into a series of flashing button presses at that point, but it’s still a lot of fun taking a bear out with your bare hands. And hunting is especially fun when combined with…

Something I’ve wanted since Altair’s first outing, tree movement in AC3 is as smooth as you want and as awesome as you imagine. As you run through the trees silently, you’ll feel like Hawkeye, bringing The Last of the Mohicans to vivid, epic life. The feeling of being one with nature really brings home the Native American aspect of the story. There are a few different takedowns you can only perform from trees, and it makes stalking and hunting much more enjoyable. 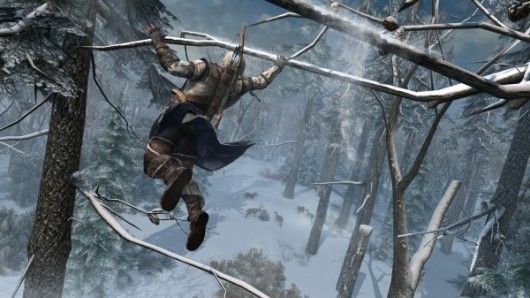 The historical aspects of Assassin’s Creed 3 may be too much to keep up with for some people. This game will teach you more about specific parts of the American Revolution than most college American History classes, and it’s all true. Washington really did try to slaughter the Iroquois, and some of our nation’s founding fathers weren’t good people. Bravo to Ubisoft for showing the ugly side of history as well. 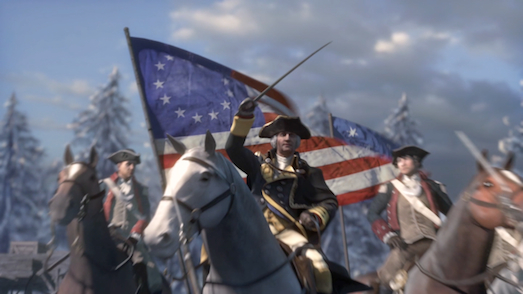 George Washington: Kind of a dick.

This is the real reason AC3 is Game of the Year material. It’s just so much fun to play. And there are so many things to do in AC3, you’ll be having fun playing it for hours upon hours. In a world where games are $60 a pop, it’s nice having a game where the campaign isn’t just training for multiplayer, but instead offers a long-lasting experience that will teach you something about the world we live in.

While no game is absolutely perfect, AC3 is closer than the rest. It’s definitely my pick for GOTY, and if you haven’t played it yet for whatever reason, you’re only hurting yourself.