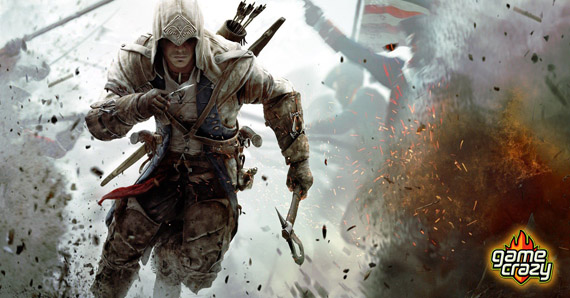 Recently, GameCrazy got a tip (Yeah, you can give us tips, too!) about a fan initiative to get Ubisoft to make another Assassin’s Creed game featuring Connor, the half Native American/half Templar protagonist from Assassin’s Creed III. The Wolfkin Initiative seeks to prove to Ubisoft that there is room in consumers’ hearts, and more importantly wallets, for another Last of the Mohicans sim.

But Do We Need It?

Certainly Ubisoft spent enough time with Ezio Auditore from AC II. And why not? Renaissance Italy had a lot of crazy awesome shit to do. 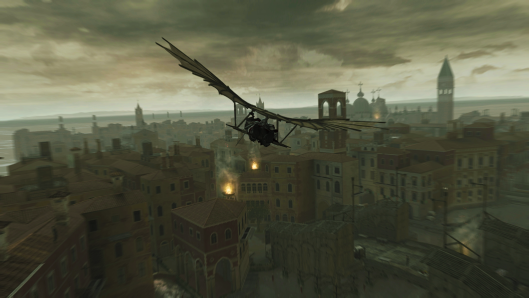 Like scenic flyovers in a bonfire powered wicker glider.

We saw some famous figures from history, famous places and had some pretty big cities to run around. AC III had much of the same appeal: historical celebs and scenic locales. The problem is, during this time period, there weren’t a lot of scenic locales that you didn’t already visit in AC III.

You saw Boston, Philly and New York. Those were pretty much the major cities at that time in the colonies. At one point you go to Fort Duquesne for a battle. Fort Duquesne becomes present-day Pittsburgh, but at this point in history it might as well be Oregon. You can’t have another Connor game with the same cities; both AC II sequels were in completely new areas. So where would they send him? 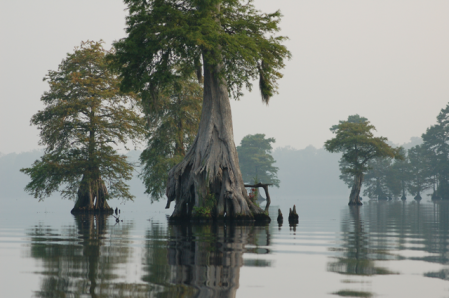 And that’s not even considering the story. Connor’s tale was meant to get us to the end of the story started in the first Assassin’s Creed, which it did admirably. What more could Connor do? It would be kind of demeaning to start a new story in another Assassin’s Creed III title. On the other hand, if they did make another Connor game, I’d probably still buy it. Because, you know, more Assassin’s Creed!

But Do We Really Need It?

As mentioned before, Assassin’s Creed II‘s Ezio starred in more games than all other main characters combined. But why be like Ezio? Brotherhood and Revelations were mostly awesome games, but Connor’s game was a breath of fresh air. So why push to overuse Connor in the same way? This would make the Assassin’s Creed series suffer as a whole.

Take a look at Bioshock: Infinite, possibly the best game you should have already played. The first two Bioshock games continued the story of Rapture, and Infinite broke away to the floating city of Columbia. Had Infinite been another Rapture story, odds are it wouldn’t be getting its current heaping level of praise. And judging from the ending of Infinite, Bioshock: Next won’t be in the same locale. And I’ll be glad for it. 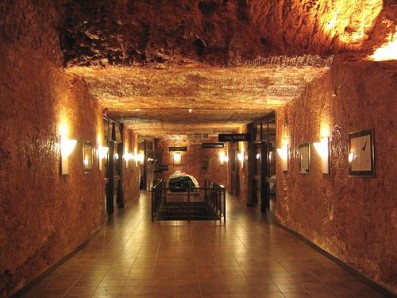 Ultimately, this seems hypocritical. We’re all complaining that there isn’t enough originality in movies and games, that studios are suffering from severe sequel-itis. Ubisoft is trying to bring fresh content (that actually works) to an established franchise instead of churning out the exact same formula again and again. But instead of thanking them, the Wolfkin Initiative is trying to tell them they’re wrong and we will in fact keep buying recycled stories.

I look forward to Assassin’s Creed IV. I’m sure the story will be compelling and astounding, but the real reason I can’t wait to play it is because… pirates. The minute I played the ship combat sequences in AC III, I immediately thought that if Sid Meyer’s Pirates! had combat like that, it would be the most awesome pirate game ever. Ubisoft seems to have had the same idea.

I will probably play AC IV longer than any other game I’ve ever played just because it’ll be everything I always wanted Pirates! to be.