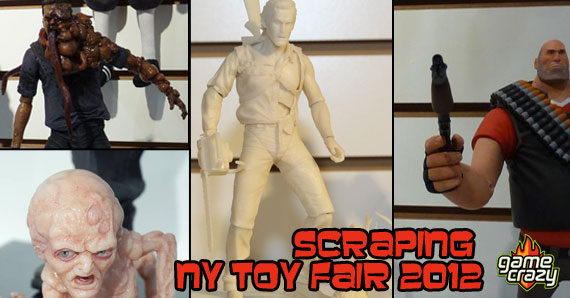 Up first was the exhibition from Nanodots. while playing with magnets is fun, eventually it gets boring. What can you really do with magnets? They stick together and then you can pull them apart. 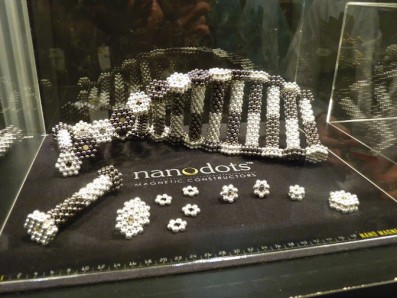 Or you could make this amazing magnetic representation of a DNA strand. 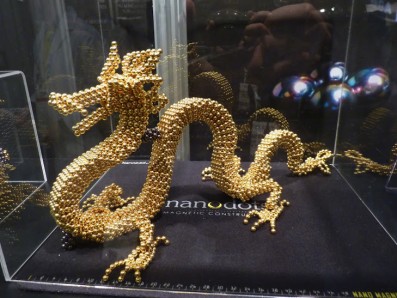 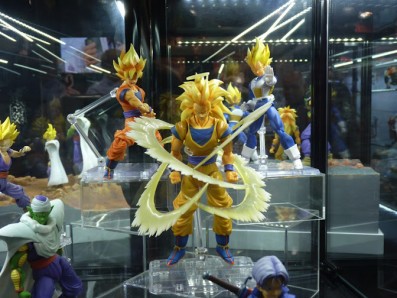 Even not being a fan, those are some amazing Dragon Ball Z action figures. Goku, Gohan, Vageta, and the rest of the menu are all brought stunningly to life in this series of figures from Bandai. I was almost sorry I didn’t like the show after seeing these. Almost.

With their extensive collection of video game and movie licenses, it’s no surprise NECA had an awesome booth. From Freddy Krueger to Ezio Auditore, the line up was pretty impressive. But with all of the numerous offerings they had, a few stood out more than others. 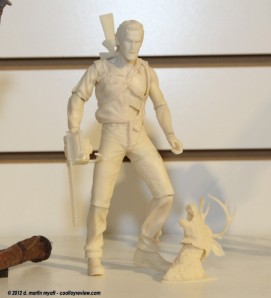 Ash of Evil Dead fame. I will post his picture at every opportunity.

This as yet unpainted Ash from Evil Dead comes complete with a dear head. It’s like someone at NECA is a fan as well. 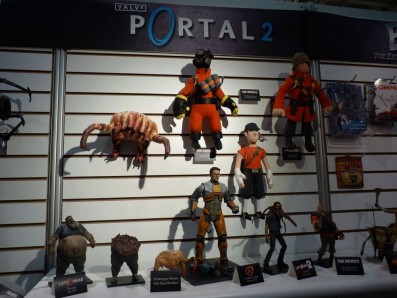 If you’re a fan of Valve games, this is like a wet dream come true. An entire line of figures and toys based off Valves properties is coming to life under the talent at NECA. Although, I have to admit, I’d be hard pressed to buy half a Boomer. 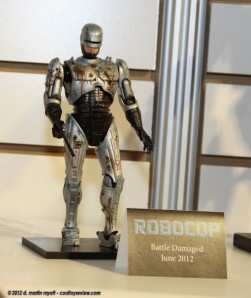 Murph is pretty beat up in this figure, but he still hasn’t looked this good in years. If you prefer your RoboCop action figures with a little less wear and tear, don’t worry, you can get one of those too.

These are three life size replicas from three different video games. The first is the sky hook from BioShock Infinite, which isn’t even out yet. 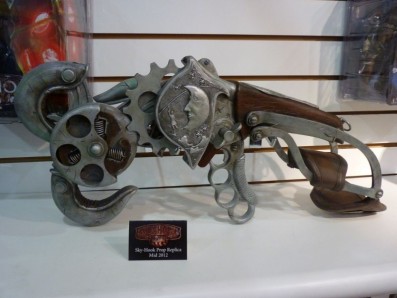 Can't wait to play with this in real life AND the game!

But it gets even better! 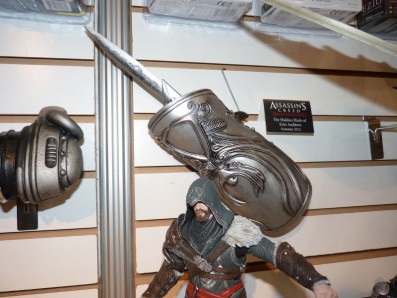 You don't even need to lose a finger for it.

That’s right, a life size hidden blade! It may not be too effective at silently killing your enemies, but you know you’d wear it all day when you got it. And that Old Ezio figure is pretty sweet too. Check out the demo below (less than 30secs):

As amazingly awesome as this is though, there was one more surprise that made my pants tight. 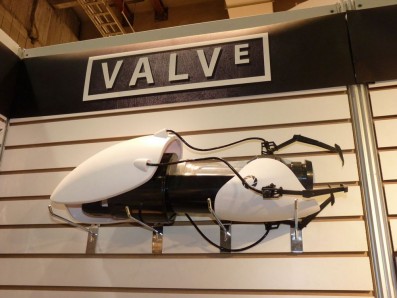 Dear NECA, I must own this. I am willing to trade oral gratification for one. Please respond. Seriously, I’ll kill someone if I don’t get one.   A life size Portal Gun?

Who wouldn’t kill to get one?

Here Are Some Toys You Dont Have To Wait For

Some of these toys are months away from going on sale, but you can order these now: