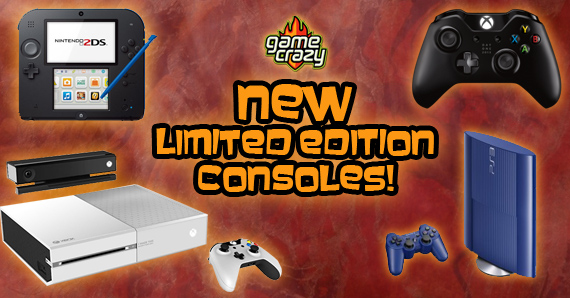 Now that you’ve pre-ordered your PS4 or Xbox One, paid for an Xbox Live or PS Plus membership, and put the money down for your GTA V and Call of Duty: Ghosts pre-order, you probably think that you’re all set for the upcoming fall/winter video game extravaganza. Well, I’m here to tell you that you’re not done yet.

With all of the new hardware coming out, Nintendo, Sony, and Microsoft have decided to release limited edition and redesigned pieces of hardware to help lighten up that wallet of yours a little more. 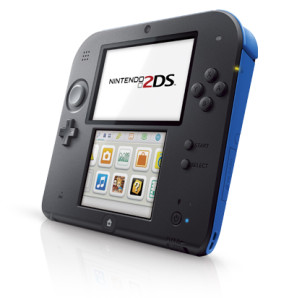 The Nintendo 2DS will be available in red and blue versions.

Nintendo just announced that the 2DS, which is a redesigned DS handheld that can play both 3DS and DS games without the 3D display, will be released October 12th. The company has also ditched the traditional clamshell design of past DS systems and made the 2DS a flat, almost tablet-like, piece of hardware.

With a $130 price-tag, Nintendo CEO Reggie Fils-aime says that the 2DS is aimed at younger gamers, particularly the 5- to 6-year-old demographic, and that the 3DS is for those 7 and up. With the combined game catalogs of the DS and 3DS, the 2DS is looking mighty good to those that want the best of both worlds without having to buy two separate handhelds. 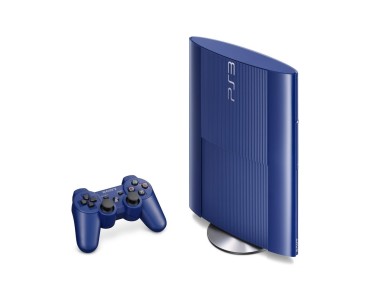 The slim PS3 also comes in red, which was included in a God of War bundle.

Sony recently announced that it’ll be releasing a special Azurite Blue PS3 system exclusively in GameStop stores across the US on October 8th. If you want to know what a sexy piece of game hardware looks like, look no further than this third-generation slim PS3. Complete with a 250 gig hard drive and dual shock controller, this blue beauty will cost you $249.99 and is available for pre-order right now at any GameStop store.

Microsoft “Day One” Xbox One Edition 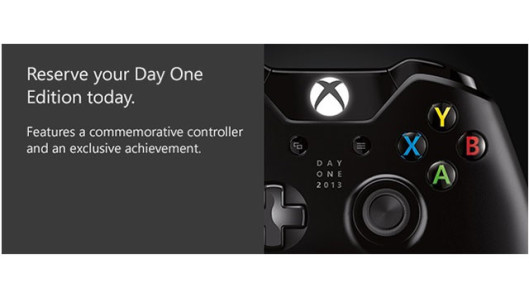 The new Xbox One controller sporting the “Day One” emblem.

Finally, if special edition game consoles are your thing, then Microsoft has got you covered. Gamers can get a special “Day One” Xbox One console bundle — it’ll run you $499.99, but includes a commemorative controller with a fancy “Day One” emblem, a headset, a Kinect sensor, and an exclusive achievement.

There’s also a special white version that won’t cost you a thing… because you can’t buy one. Only Microsoft employees who started work at the company before July of this year and maintain employment past the Xbox One release date can get one. But wait, it gets even better (for them). 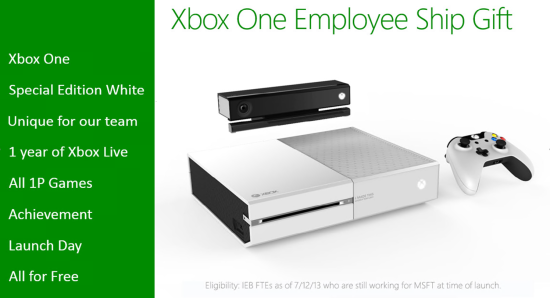 Make sure you read the fine print — even some Microsoft employees aren’t eligible for this awesome deal.

With all this fancy hardware available, 2013 will go down as the year of video game hardware, and also the year I sold all of my possessions to buy all of it. Seriously, I typed this whole article on a pre-paid mobile phone using t9 text entry. Broke? More like dedicated.