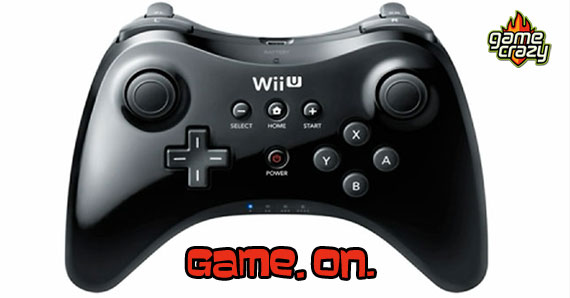 I’ll admit, I was a little nervous about how the Wii U would be received by the gaming community with its, you know, tablet controller thingy. Well, that nervousness miraculously disappeared when I saw the first picture of the Nintendo Pro Controller for the Wii U. Now the Wii U doesn’t have to be a next-gen console with an asterisk by it. We’ve talked about next-gen consoles before, but this controller has the potential to make the Wii U a full-fledged next-gen console we can ALL enjoy. Can I get an Amen?!!!

Last year, we got the first glimpse of the Wii U and its fancy pants tablet controller. At first, I was excited about this new piece of hardware and what it could do for video games. But that excitement quickly faded as story after story came out in the press saying that game developers weren’t quite sure what to do with the tablet controller. Less than exciting ideas were being thrown out there for how to implement this new piece of Nintendo innovation. 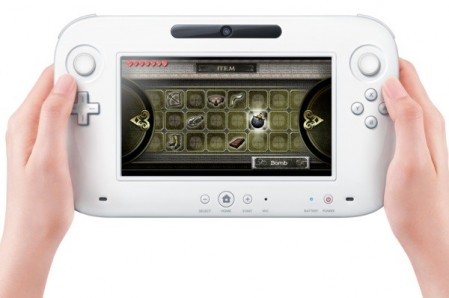 Quick! Look At Your TV! Aww, Too Late, You Died.

Permanent map displays and item inventories were and still are some the functions game developers have come up with to get the tablet into the action. These are good ideas, but not ones that I’m super excited about. If I’m playing a video game, the last thing I want to do is take my eyes off the action on my TV to check a map or to see what weapons I have while the game is in progress. Doing that could be suicide in a fast paced action game where it could take only a Nano-second of distraction to cause instant death. It’s more helpful to just hit pause in games like this to do a quick check of something and then un-pause the game to continue without suffering any cheap damage or death caused by a distracting second screen in my hands. I actually saw this happen with my own eyes during Nintendo’s E3 press briefing. Don’t believe me? Watch it again and pay close attention to the game play footage of ZombieU.

Now the tablet controller isn’t all bad as it offers second screen capability so you can play your games right on the controller. It will also certainly have some neat and gimmicky functionality for more casual games, but I was concerned about how it would hold up in more hardcore gaming situations.

Brothers from another mother.

Apparently I wasn’t the only one that was concerned about this because at the beginning of this month, Nintendo unveiled the Wii U Pro Controller. Do you remember it being a little breezy outside at the beginning of this month? That wasn’t wind; it was the collective sigh of relief from game developers all over the world. It’s basically Nintendo’s version of the Xbox 360 controller and it’s going to make the hardcore gaming we all know and love possible on the Wii.

I know people have been hating on the Pro Controller because of it similarities to the 360 controller but hey, let’s let the patent courts settle that one. As for the rest of us, lets just be happy a controller exists like this for the Wii U. Now we can really experience the Wii U’s hardware without being distracted by its tablet controller.

As far as I’m concerned, it’s game on. The way I see it, we’re getting a brand new GAME console to play with which just happens to come with its own tablet.