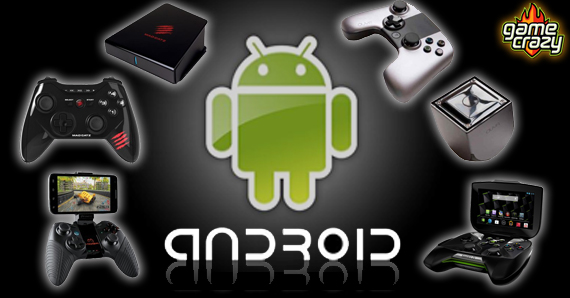 This past year has seen the announcement and release of several Android-based micro-consoles. These “micro-consoles” are cute little pieces of hardware small enough to fit in the palm of your hand yet big enough under the hood to provide a full-blown gaming experience.

While each has its own unique hardware and look, there’s one thing they all have in common (besides Android)… Let’s check out three great micro-consoles that connect with the Google Play Store.

The Nvidia Shield is perhaps the coolest-looking Android-based console out there. Complete with a 5-inch 720p Retinal multi-touch display mounted on a sleek dual joystick console quality controller, the Shield definitely looks the part. This console isn’t all looks though: it has brains too. 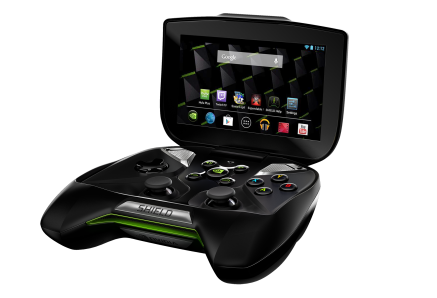 That’s one sexy piece of hardware.

Powered by Android Jelly Bean OS, the Shield kicks things up a notch with a feature currently in Beta that allows you to wirelessly stream games from your PC right to the Shield. However, all these bells and whistles come at a price. The words “Android-based console” usually conjure visions of a low price tag, but the Shield goes for $299 and is currently on back order.

This little Android console comes from the third-party hardware developer Madcatz, most commonly known for producing some of the best player 2 controllers out there. The M.O.J.O. is a more traditional console as it needs to be hooked up directly to your TV in order to play it. It features an HDMI output, two USB ports, one Micro-USB port, and a Micro-SD card slot. It also comes with a console quality CTRLR, which is what Madcatz calls its Bluetooth-enabled controller, which is a snazzy replica of an Xbox 360 controller.

This is actually a close representation of the actual size of the M.O.J.O. compared to its controller, I mean, its CTRLR.

Unlike the Nvidia Shield, the M.O.J.O. does not have a touch screen and thus makes games with touch screen game play elements unplayable. This is a big red flag for the M.O.J.O. since its other big micro-console competitor, the OUYA, has had big touch screen games adapted to play on it. The price is another issue — it hasn’t been announced yet, but since the M.O.J.O. is claiming to have better hardware than the OUYA, it’s a safe bet the price tag will easily be over $100.

The Power A MOGA isn’t actually a console at all: it’s a clip-on controller that allows you to play your Android-powered mobile device like an actual handheld gaming console. However, the MOGA does go a step further than other clip-on gaming accessories like the GameKlip and comes pre-loaded with the Pivot App, which allows access to a library of MOGA-enhanced games. 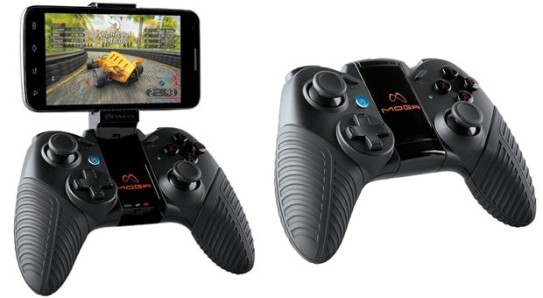 My phone would look so good attached to one of these.

Since the MOGA is just a fancy controller for Android mobile devices, it’s able to keep its price down since it doesn’t have any Android processing hardware built in. The MOGA will only set you back $49.99, making it the most attractive Android gaming option, since you can carry it with you anywhere and you’ve already paid for the Android hardware in your phone or tablet.

These are all promising pieces of gaming hardware, but their future is uncertain, since the one thing that brings them together is also their greatest weakness — the Google Play Store. While there’s a decent selection of games and apps in the Play Store, is it enough to power a standalone gaming device to the point where it’s a viable alternative to the big boys like the Xbox or Playstation? Time and game developer support will tell.