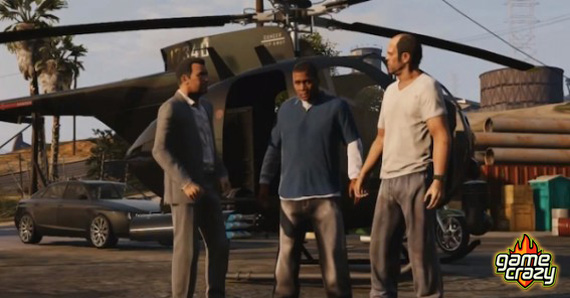 The first gameplay footage from ‘Grand Theft Auto V’ has surfaced, showing off the series’ most expansive world yet!

Controversial, exciting and always a ton of fun, the Grand Theft Auto franchise helped reinvent the way players think of open-world gaming. With GTA3 and GTA4, as well as numerous spinoffs, Rockstar Games created entire worlds and gave gamers the chance to explore, discover and wreak untold havoc upon them.

If this gameplay footage from the upcoming GTA5 is anything to go by, it looks like the latest installment will be the biggest yet. Grand Theft Auto V is due out for PS3 and Xbox 360 on Sept. 17, 2013, with a Mature rating pending, and this trailer just surfaced via IGN. Check it out (warning: mild language):

Go Anywhere, Do Anything

With planes, trains and automobiles — also boats, parachutes and helicopters! — at your disposal, the world of GTA5 looks absolutely open, not to mention next-gen gorgeous in the layout of landscapes and the realistic feel of the mountains, water and of course the streets — which are where the action happens. Looks like there’s going to be no shortage of that either. 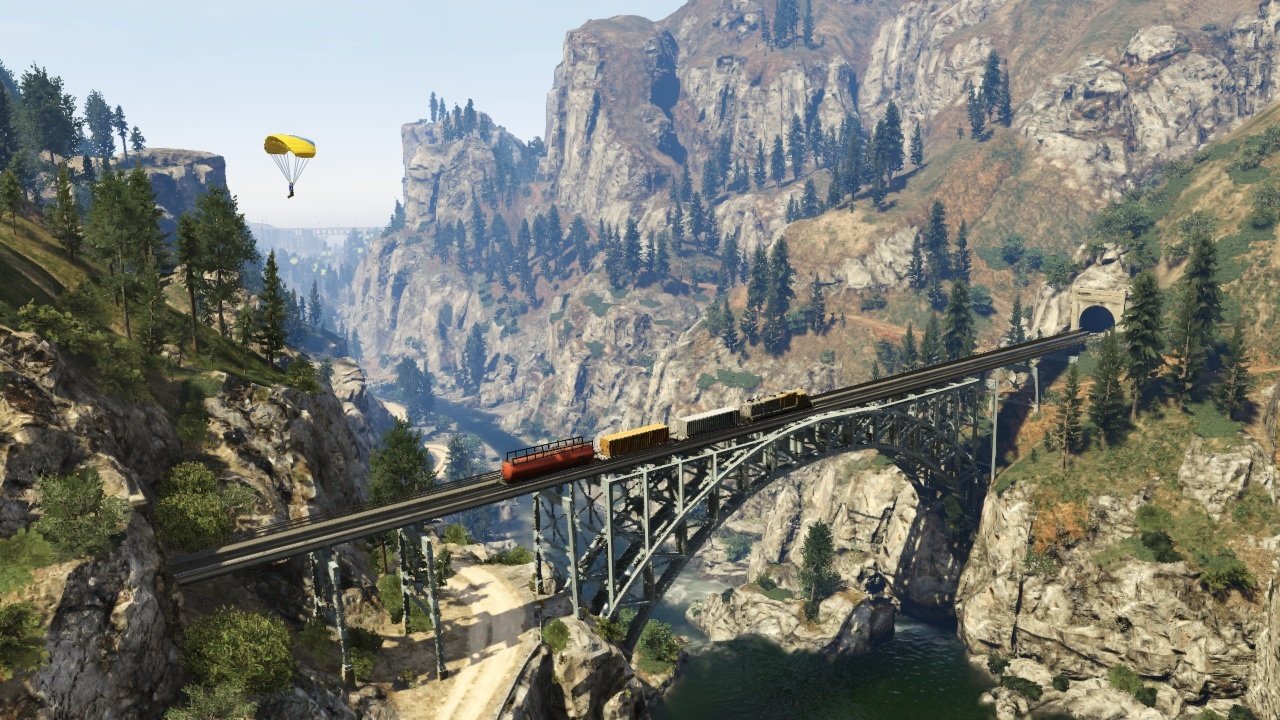 How did Rockstar know I always wanted to skydive over a railroad bridge?

Three lead characters allows players to switch between personalities and gives the game even more range. From planning your own heists to choosing how you want to outrun the cops THIS TIME, Grand Theft Auto V gives you the power to ruin your life just the way you want to do it.

At the very end of the clip, as an F-15 speeds past the window of an office building, the voiceover drops hint of a GTA Online reveal coming soon. We’ll definitely keep an eye out for that, because if there’s anything better than raising hell in the world of Grand Theft Auto, it’s an entire league of anarchist madmen on the loose! 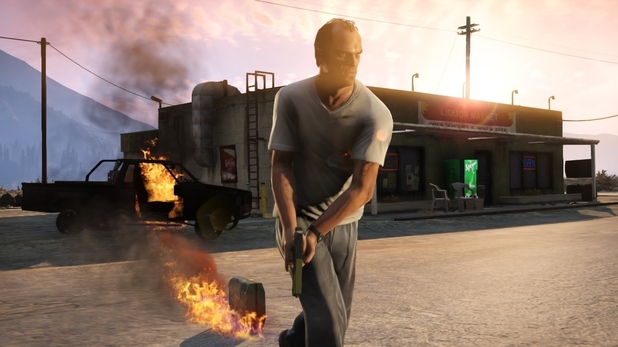 All my heroes are balding.