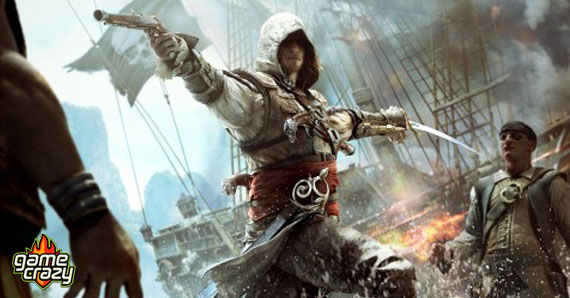 It’s a pirate’s life for me!

Well, at least it’s a pirate’s life for Edward Kenway, the protagonist from the forthcoming Assassin’s Creed IV: Black Flag.

The next installment in the hugely popular Assassin’s Creed series is set in the West Indies in the 1770s. According to developers Ubisoft, players will be able to explore the streets and rooftops of Kingston, Nassau and Havana — as well as the waters outside of those cities — completing missions and taking advantage of a more open world than in any previous Assassin’s Creed game! 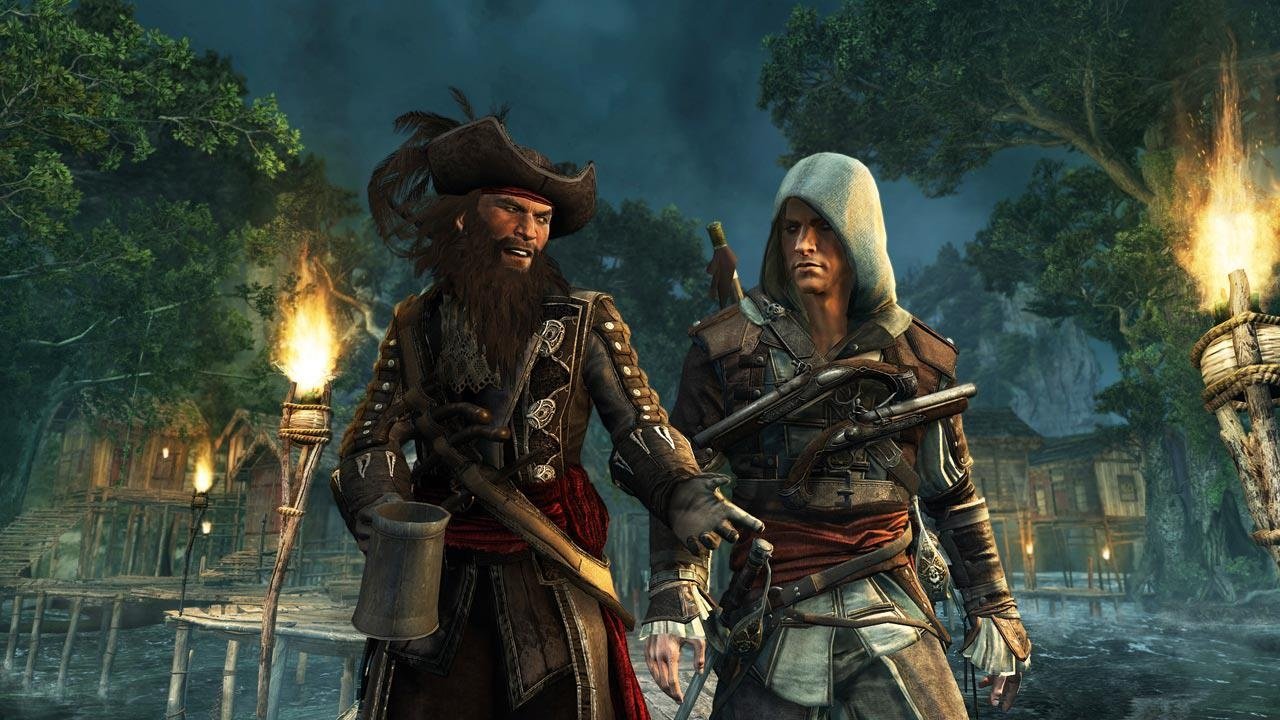 Set for release in North America on Oct. 29, 2013, on Xbox 360, PS3 and Wii U with versions to come on PS4 and Xbox One, Assassin’s Creed IV: Black Flag showed off some hypnotic gameplay at E3 this week.

It’s like, I want to take my eyes off of it, but the gameplay is so smooth, so seamless — no jumps at all other than the ones from the rafters of the pirate ship (awesome) — that I just can’t stop watching. As someone who loved AC3 and the prior installments, I can’t wait to get to know the world of AC4 and to see how they blend the plots across time. 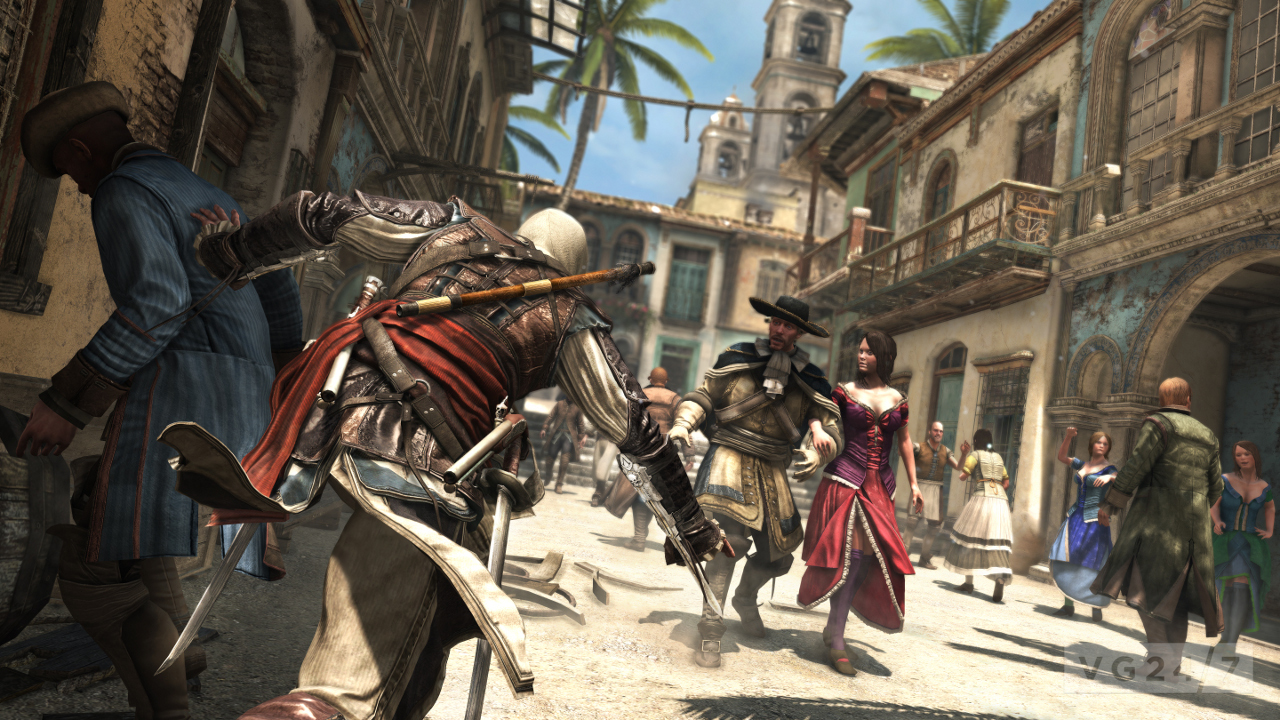 Do you think he runs into Captain Morgan?

What’s a pirate without a ship?

Keep an eye out for more to come about the Jackdaw — Edward Kenway’s ship — which players will be able to control in the game’s single-player mode, and interact with and crash into and fight other ships along the coastline.