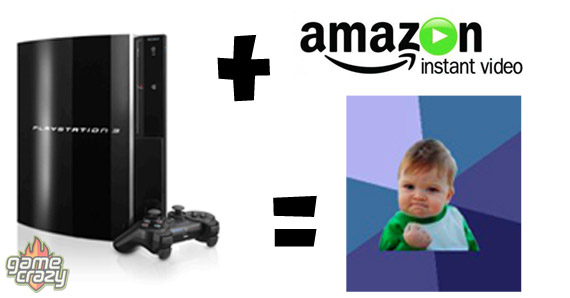 When it comes to consoles, it’s been getting harder and harder to remember their origins as gaming devices. As we’ve mentioned before, Microsoft has made it pretty clear the Next-box will be less about gaming and more about entertainment in general.

One of the largest driving forces behind this multimedia push is the availability of video-on-demand (VOD). And with Amazon entering the fray, they’re poised to make their VOD service much more relevant than it was before.

Birth of an Industry

While Amazon Instant is only available on the PS3 (for now), Microsoft is the one who made the strongest push to make third-party VOD available without a browser. They first brought Netflix as a limited exclusive to the Xbox, which paved the way for further offerings like Hulu, Xfinity and the recent HBO GO.

However, Netflix soon spread to other consoles along with other VOD services. For Netflix, this was a huge success. Their subscriber base saw significant growth in a very short period of time, and it was mainly for the instant video service, not the disc delivery service, which is more costly for Netflix.

Talk about a perfect way to increase your business.

And now it’s Amazon’s turn. There’s little doubt their service will spread to the 360 and the Wii. While Amazon Instant has always been more of a fringe benefit of having a Prime account, it’s now set to reverse the situation. People usually got Prime accounts to take advantage of the free shipping, it’s likely people will start signing up for the instant video.

When you have three major subscription based VOD services to choose from, who do you pick? Ususally, the one that costs less. And at $79 a year, it’s cheaper than the $95 Netflix gets from you every year. And it’s cheaper than Hulu as well. The selection is pretty much the same, so why pay more? I expect Amazon will be getting a lot of new customers simply to watch VOD.

Sony’s Project Morpheus: The Next Great Leap for Virtual Reality?