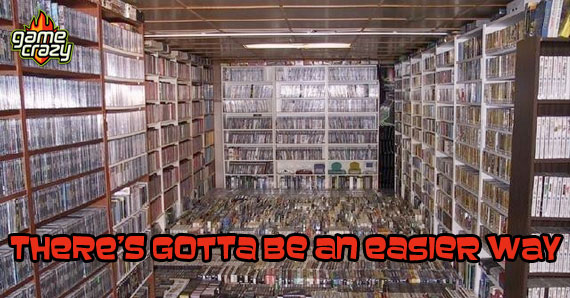 A couple weeks ago, I finished putting together the game room in my new place. As I was constructing my sturdy Ikea shelves, I looked out over the stacks of games that make up my collection. The sight of them made me think “Man, I wouldn’t have to assemble all these shelves if I had all these games on a hard drive instead.”

Inception? I Totally Understood It

Me being a retro game collector, that’s like the worst thing I could think of. I quickly wiped the thought from my mind as I spoke out to my games “I love all of you.” 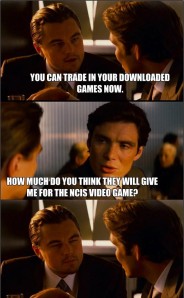 Still, if I learned anything from Inception, it’s that it is possible to go down 5 levels in a dream, and that one of the hardest things to get rid of is an idea.

No matter how hard I tried, I couldn’t shake the thoughts of what the benefits are of owning physical media like game cartridges and discs as opposed to digitally downloaded versions of the same games. Why spend money on shelf space when it’s cheaper to buy hard drive space?

The Future Of Video Games

Well, this debate has raged on for the past few years now while online content providers have increased in numbers and content. But this past weekend a part of the debate, which isn’t always considered, took center stage and may be the one thing that pushes video games to an all digital download future – the used video game market.

The used video game market has been under fire for a couple years now by all the big software developers. Every big developer goes to great lengths to protect their Intellectual property and online services from piracy. Some developers, like EA and Activision, have gone so far with these efforts that it’s had an impact on the used video game industry. 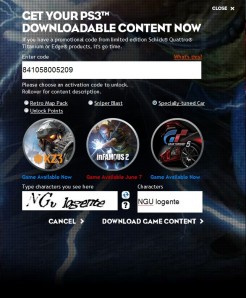 Who Needs All Those New Call Of Duty Maps Anyway? 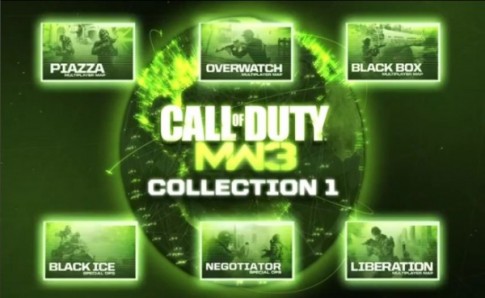 Who wants to buy a game that they can’t use any of the online features or DLC content in?

Enter GameStop CEO, Paul Raines. On Saturday, Slashdot.org posted an article about a press conference where Mr. Raines recently spoke about this very topic. He said that GameStop is currently in the process of developing a system that allows them to resell digitally downloaded games with their pass keys intact.

What Can’t Europe Do?

He said that they’re working with a few small groups that are exploring the technology that would allow for such transactions to take place all while preventing any kinds of piracy. “There are some technologies out there in Europe, and we’ve looked at a couple involved” said Raines. He continued saying that “We’re interested; it’s not a meaningful business yet.”

For me, this is huge. I’m a physical media kind of guy. I like owning the actual game disc for a game I really like.

Though, when it comes to games like NCIS – The Video Game for example, I’m open to downloading since finding a spot on the shelf for a game like NCIS amongst my other beloved games would be harder than Forrest Gump trying to find a seat on the bus. 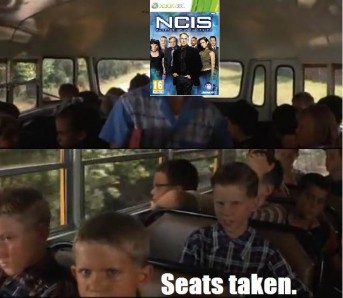 But if the used video game industry finds a way to resell digital content, then I believe the era of game discs and cartridges will begin to fade away. Developers would no longer have the restraints of physical media to worry about. That means no more chopping down game content and graphical abilities in order to make that game fit on a disc.

There’s also the huge plus of not having to spend money on producing game discs or cartridges at all.

There are benefits for console developers as well since they wouldn’t have to worry about advancing disc storage technology. A Blu-Ray player in a console could become an option or part of a console in a special bundle.

Basically, if developers can profit from a game being sold over and over again digitally without the risk of piracy, then what’s to stop the leap to all digital?