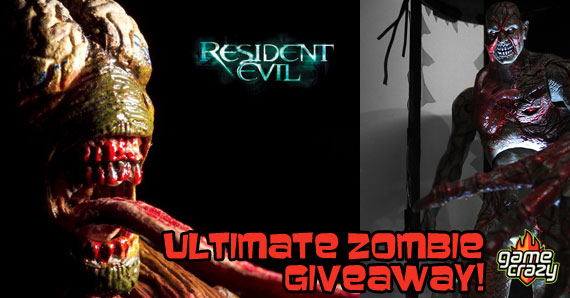 Back from the Dead

Now that Ezio has been sent to a good home we have something extra special for you guys. In celebration of the Resident Evil 6 release, we received the complete series of Resident Evil 10th Anniversary action figures by NECA — and one lucky fan will be winning the entire set! There are four very special figures in this set, including the monstrous Tyrant who stands almost 10″ tall. 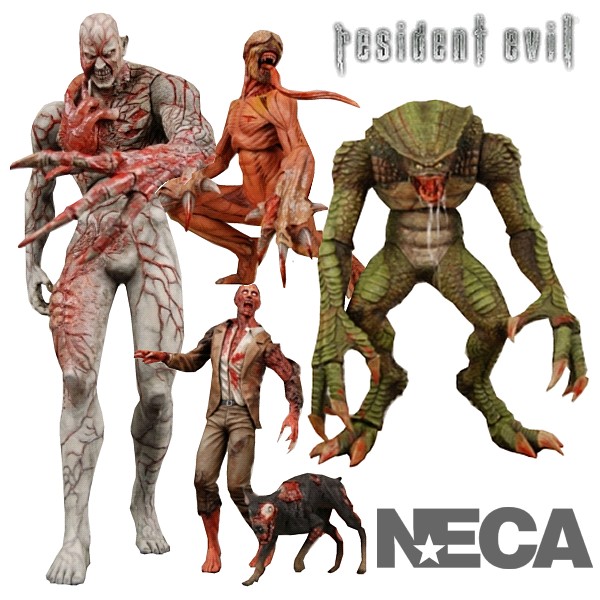 The winner of this giveaway will take home the complete Resident Evil Series 2 action figure set which contains:

The Tyrant is a behemoth of a zombie. It is the ultimate life-form made possible through the T-Virus. The Tyrant boasts impressive durability and battle capabilities. This massive figure is nearly 10″ tall. 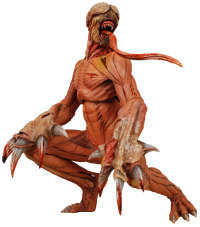 Lickers were once ordinary zombies who mutated to become much more vicious. The T-Virus caused them to mutate further and gain the ability to jump great distances. They attack with their teeth, claws, and their super tongues. 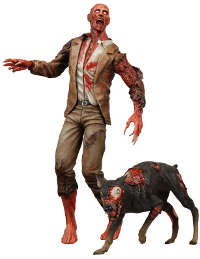 When a zombie is revived through the V-ACT process, it becomes what is known as a Crimson Head Zombie. This evolution causes it to gain much more mobility, and its lust for victims is ramped up significantly. 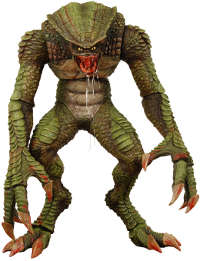 This lizard-like monster was developed by fusing reptile DNA with the T-Virus. The menacing Hunter has razor-sharp claws and tough, scaly hide!

To enter to take home this complete set of phenomenal Resident Evil figures, you need to answer this question: “What does the ‘T’ in T-Virus stand for?”

In order to gain entry to this giveaway you will need to answer the trivia question. You can also gain an advantage if you have Twitter and Facebook!

Stay on the lookout for more great giveaways from us!