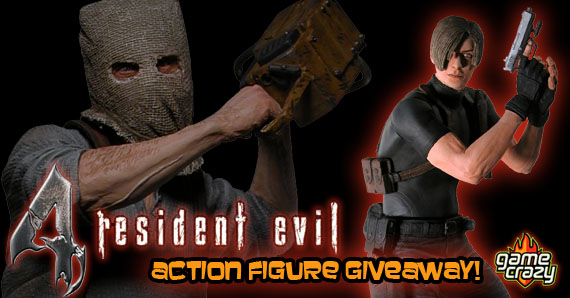 “Used to be a cop myself, only for a day though…”

We were overwhelmed with the response to last week’s Iron Man MkVII Statue Giveaway! Thanks to all the enthusiastic participants and to Kotobukiya for providing such an excellent prize. Be sure to keep your eye out for more Kotobukiya giveaways in the coming weeks.

Now that the lucky winner has been chosen, we’re turning our attention to this week’s giveaway, a pair of incredibly detailed 7″ action figures based on characters from Resident Evil 4!

The long-running Resident Evil video game series has always featured intense zombie-fighting action on the part of those brave enough to face the monsters. This 7″ figure of main character Leon Kennedy is ready for action, which he’ll definitely see as he attempts to rescue the president’s daughter from a mysterious cult! He’s fully articulated and comes with assorted gun, knife and grenade accessories. 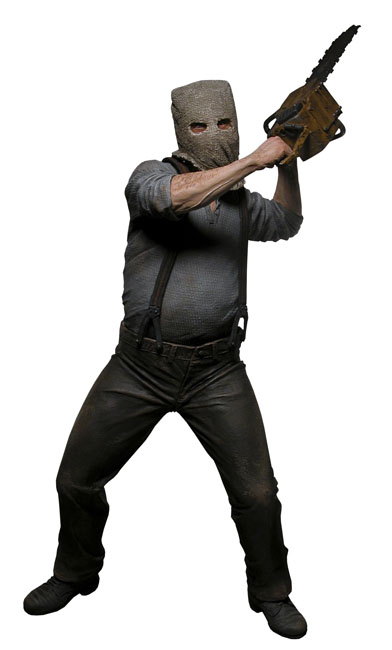 This chainsaw wielding Ganado was once a simple farmer until he was infected with mind-controlling Plagas. Now he and an entire village serve Los Illuminados. The figures comes with a chainsaw accessory.

In order to enter the giveaway you must answer the following question: “What is the name of the cult that kidnapped the president’s daughter in Resident Evil 4?”