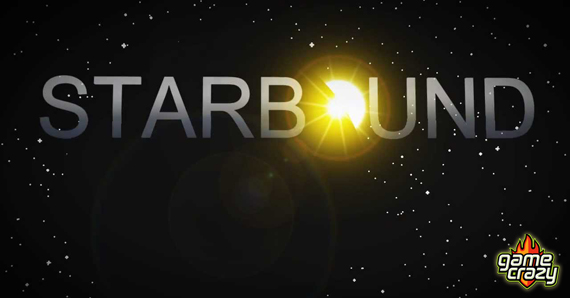 Unless you’ve been living under a rock, you’re probably aware of the breakthrough sandbox game Minecraft, which went from being a truly independent project into a full-blown media franchise with t-shirts, toys, and other merchandise beyond the game itself. If you know of Minecraft, you might know its two-dimensional cousin, Terraria, another sandbox game with less of an emphasis on building and more on survival. But what you might not know is that there’s a third entry that’s just as compelling: Starbound. 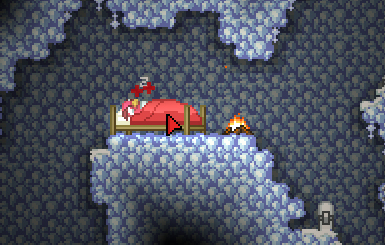 Sleeping on the job.

The geniuses at Chucklefish took the 2D pixilated retro-feel of Terraria and said “Let’s do this with a science fiction setting, and while we’re at it, let’s make it way better.” Which is exactly what the team did.

In case you aren’t familiar with the sandbox genre, here’s a crash course: You pick up materials around you and use them to create items or build structures in a huge, HUGE world. That’s… basically it. Minecraft is in three dimensions and looks like you are walking around in an NES game. Terraria is the same deal except the world is only in two dimensions and the typical game elements are more emphasized. More weapons, more enemies, that sort of thing. 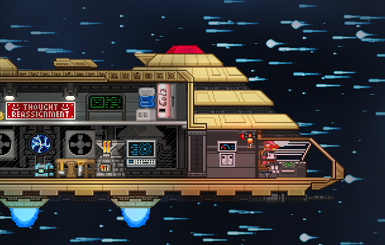 Your decoratable starship. Mine has a soda machine.

Now imagine taking that 2D world and multiplying it by a hundred… planets. Yes, the environment in Starbound isn’t just a world, it’s a universe. A universe full of places with varying life, fauna, flora and biomes.

For example, I found a planet whose trees looked like tentacles while cruising in my starship (your home base and vehicle for traversing the cosmos). I dug down into the planet and found the center was not igneous rock, metal and magma but instead bone, flesh and blood. 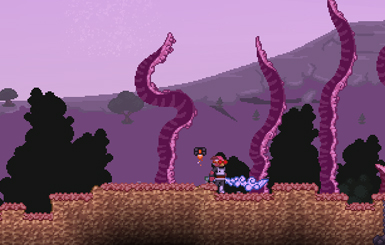 You don’t just cruise around the stars and find disturbing celestial bodies, oh no. There’s a library of gadgets, armor, and weapons to make. Anything from a sword that also fires soap bubbles when swung, to a machine that lets you capture monsters and raise them as pets to fight alongside you. 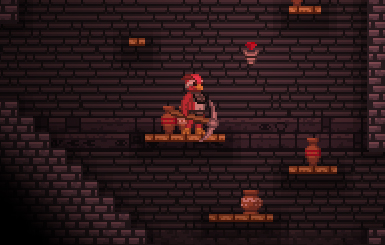 I found this after digging through rock for an hour.

You have the standard open-world game features such as creating a unique character (as you can see, mine is of the avian race), and you can join your friends online to share in the adventure and exploration. There are quests to complete and bosses to encounter along the way, so it’s not simply a toy. There’s skill and gameplay involved here.

After exploring for a while you might decide you want to settle down on a planet and build a house. Maybe you and your friends will build a city, or an empire. It’s completely up to you how you want to play and what you want to accomplish in Starbound. The sky isn’t the limit.

Starbound is available in its current beta form now via Steam for Windows, Mac, and Linux. Currently the final release date isn’t set, but what’s there already is so fleshed out and complete players won’t notice it’s an open beta.