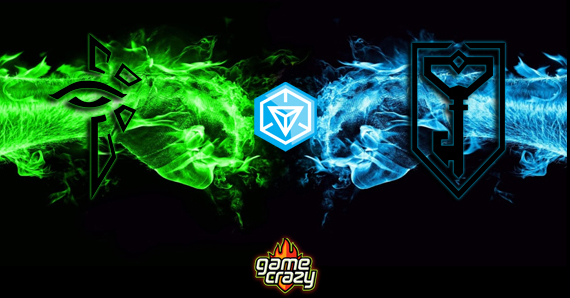 Remember Keanu Reeves as Johnny Mnemonic, traveling around jacking into computers and running from enemy agents? Have you ever wanted to experience something like that, but without the bad acting?

Enter Ingress. Touted as an augmented reality game by developer Niantec Labs and published by Google, Ingress is a free “game” where you, an agent, travel around the real world in a sci-fi “capture the flag” using your smartphone’s global-positioning system.

Niantic Labs has created a clever framing story to the game play: The world has been dusted with what they call Exotic Matter (XM for short) which they believe to hold the key to unlock humanity’s ability to evolve at an accelerated rate. When you begin, you choose between two factions: the Enlightened (green) who believe this evolution is a power we should harness, and the Resistance (blue) who feel we are better off not dabbling in powers not fully understood.

Does any of that matter? Not really. What does matter however is that the community is absolutely foaming-at-the-mouth addicted and after messing around with Ingress for a while, it’s not hard to see why.

The capture-the-flag mechanics are so smoothly integrated with the smartphone GPS and phone interface that it feels less like you’re playing a game and more like the game is all around you. Some people have even gone to the extent to refer to Ingress as less of a game and more of a lifestyle. Talk like that about Mega Man and you’ll be wearing a straight-jacket in short order, but with Ingress you can swallow it. 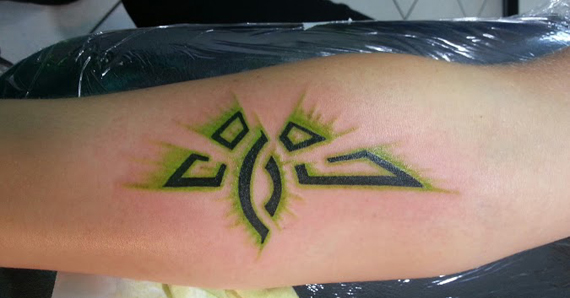 The game play isn’t simply “walk over there, hit your touch screen” either, though that is part of it. When you come across what they call “portals,” you will see them in one of three general states– captured by your faction, the opposing faction, or unclaimed. The goal is to gather items from portals and use these items to capture and bolster your faction’s portals. Each portal can have up to eight “resonators” that agents place around it in order to defend it from being taken by the opposing faction.

You can also modify each of your portals with an assortment of items, such as turrets which drain energy from enemy agents who try to take over, or heat sinks that let you gather items from your portal more quickly. Before you know it, you will be deliberately going out of your way in public to find portals and mess around with them. There’s a lot more to the game than can be sufficiently explained here, but the game has an easy-as-pie tutorial to get you started without incident. 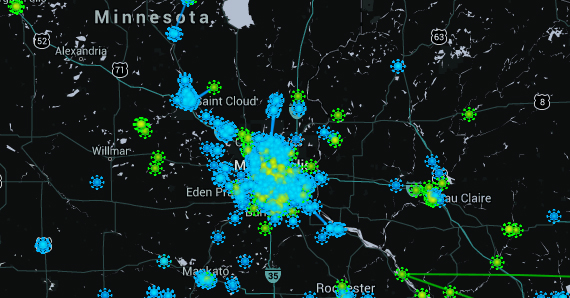 This is just my region of the US showing only  high-level portals.

Unfortunately for Apple users, Ingress hasn’t been implemented for your phones yet but is slated for an iPhone release within the next year or sooner. Another possible downside to the game is that unless you live in a highly-populated area, it might take a while to get things moving. But if you live in even a moderate-sized city anywhere in the world, I guarantee you there’s a lively community to join. The figures aren’t concrete, but the number of players is approximately in the high hundreds of thousands around the globe.

If any of this sounds even mildly interesting to you, and you fit the bill, I urge you to check it out on the Google Play Store. It’s completely free so there’s no risk involved whatsoever.