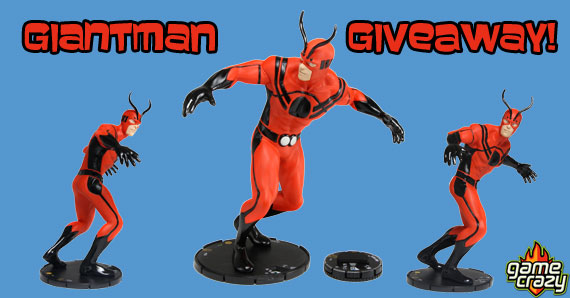 At this year’s San Diego Comic Con, our friends over at NECA had these pretty awesome exclusive SDCC packs which included 8 exclusive items, only available during this year’s SDCC… Until now.

Henry Pym’s latest HeroClix version, AKA Giant/Ant Man, is made with precise detail and accurate to the comics. As a 2012 Convention Exclusive, not many have their hands on this HeroClix, and we’re flattered that our Amigos from Wizkids allowed us to run this promo. 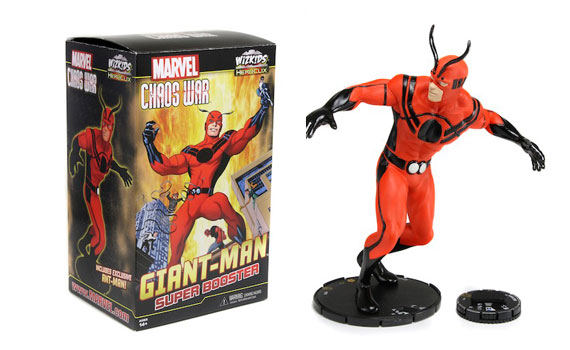 Priced at $39.99 during the Con, Giant-Man also includes a proportionate Ant-Man HeroClix figure that’s invisible! Invisible? Yes. As you cant see, there’s a base next to Giant Man, but trust us, Ant-Man is there. As we said, Giant Man is extremely detailed and accurate to the comics. He was available at this year’s San Diego Comic Con and will be at a few other upcoming 2012 conventions.

How To Win Giant Man

Chances are, if you’re interested in this giveaway, you already have a HeroClix collection of your own. What we want you to do is take a picture of your HeroClix out in the world. Snap a picture of them sitting on your local park bench or take your favorite characters to grab a bite to eat at a nearby restaurant! Feel free to get as creative as you want! Get the picture?

Just one thing – while your local comic book store essentially qualifies as a “public setting”, we’re hoping you take them out to unusual places. Treat them to a special ride.

Starting today, you have until August 1st to post your pictures (instructions below). Winners will be announced on 8/2.

The winner will be chosen based on creativity and originality by a team of our editors with the help of the Wizkids staff. Don’t forget, you only have 1 week to get your entries in! So what are you waiting for? Grab your HeroClix and take them for a ride!

We’ve held a few giveaways, so most of you know how this works. But in case you forgot, we’ll remind you.

Restrictions And Other Details

Our Lancer giveaway lasted about a month. But this time, we’re giving you a week to send us your best material. 1 week. We will announce the winners on August 2nd. Here are the restrictions:

Good luck to all and happy shooting!