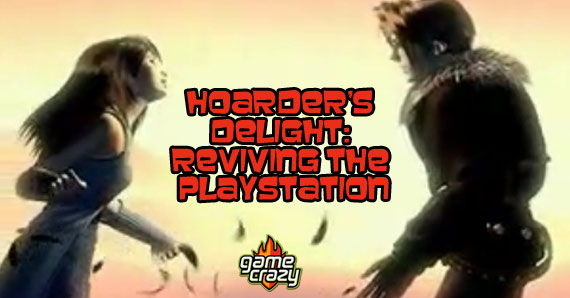 The original PlayStation brought the world of gaming into 3D, and video game makers found themselves with the ability to make some outstanding video games. Some of the greatest video games ever, especially RPGs, come from the PSX heyday.

One of the greatest things about PlayStation games for me, however, were the intro movies. The short clips that set the tone for the game and got the player excited to actually play it! And while the PlayStation has been put out to pasture, some of it’s opening cinematics still stand strong against the test of time.

Grandia is such a fantastic game, you really can’t afford to not play it if you have any love for RPGs at all. This is the most important thing Game Arts ever did, and more gamers should remember this game. If nothing else, watching the game’s trailer makes me want to play Grandia even now.

The original Resident Evil was THE game to play when it came out. Unfortunately, it’s live action intro was TERRIBLE, so it won’t be showing up on this list. While Resident Evil 2 is the video that has (arguably) aged the worst, it’s still climatic, and does an excellent job of catching you up to where the game begins. The first time you see it, you know that body at Chris’ feet is going to go for him, but you’re still startled by it when it happens.

Who doesn’t have fond memories of the original Metal Gear Solid? Just two months ago, my youngest brother came over and beat the game in a single sitting. MGS is an excellent game, and while it’s graphics haven’t held up much better than RE2’s up there, at least it’s bad in a different way.

But no matter the graphics, the trailer is still awesome, because it shows Snake doing what he does best. 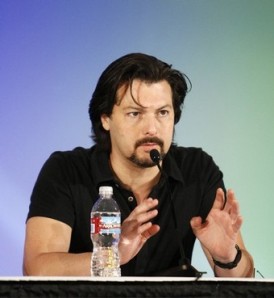 For a lot of people, Gran Turismo 2 is the greatest racing game ever made. Everyone else is just dumb or too young. This games intro movie made a believer out of a lot of people as to what the PSX could do. Plus GT2 had a killer soundtrack, led off with this song by the Cardigans.

This is the video that prompted the list. Final Fantasy VIII might not be the best Final Fantasy game (a distinction clearly held by FFVI), but this game came out in 1999 and this is still one of the most amazing openings in a video game ever. Considering Final Fantasy VII looked like poorly rendered Lego men, these animated sex dolls demonstrated amazing graphics.

To be fair, the plot of FF8 is pretty forgettable, because I’ve mostly forgotten it.

All I really remember is renaming Griever to Voltron. However, I’ve never forgotten this incredible cinematic. The song sounds like it’s the forgotten second track of the Carmina Burana, and the visuals match it perfectly. It’s sweeping and upliifiting and dark and a bunch of other things, all in a 3 minute package that’s 13 years old.