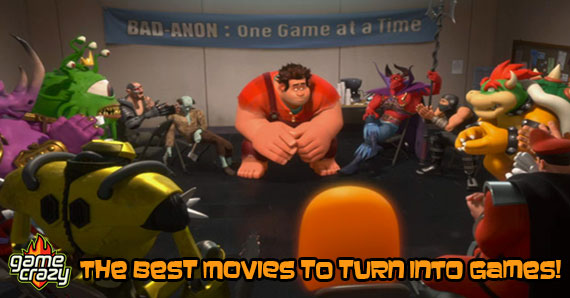 After getting compliments for the very popular “Top 5 Video Games that should be Movies” article, I decided to take a reverse look this time. And so let’s begin with Top 5 MOVIES that should be VIDEO GAMES!

Repo Men had an interesting concept. You can get artificial organs as easily as you can get a hearing aid… But there’s a price, and it’s so expensive that many people can’t keep up with their monthly payments. That’s where the Repo Men come in. If their portable radars detect that your organ payment is “past due,” they stun you, cut you open, and take back the organ. If you’re lucky they’ll leave you in a tub of ice. 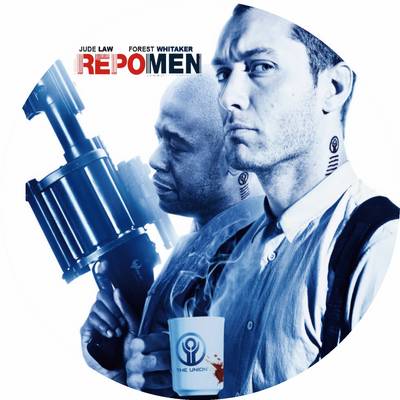 Sounds gruesome? Sure… but what an awesome game it would be! This would be a perfect first-person-shooter, with a huge outdoor environment. Your mission would be to find people behind on their payments, and shoot-shoot-shoot. You’d lose points for kills, of course, but if you correctly stun them, you’ll get to cut them open to get the organ back!

Heck, repossessing the organ could be its own mini game! Cut the artery wrong and they die (and you lose points). Cut correctly and you get an achievement!

In my opinion, Big Fish is the best Tim Burton movie to date. It was sweet, it was romantic, and it was magical. The story of Big Fish unfolds as a series of flashbacks, with Edward Bloom exaggerating all the finer details like a pro. Whether it was Edward’s escape from Spectre or the crazy jobs he did at the circus (like getting shot out of a cannon), every visual in Big Fish was simply a wonder to behold. 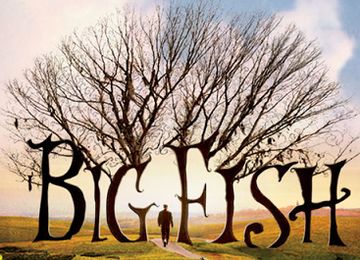 A Big Fish game wouldn’t be too hard to do — it could play like the excellent Harvest Moon game, where you interact with all the townsfolk. From there you add crazy lore, and maybe a mystery or two, and voila… you’ve got a Big Fish game!

Trivia: At the 61st Golden Globe Awards, Big Fish received the most nominations of any movie… but didn’t win a single one.

I’m not going to lie — I never liked A Christmas Story. I find the story kind of depressing and the voice-over rather annoying. But when I think about it as a video game, I get excited. There’s lots of little things that would work very well in a game, and the setting is very rich. 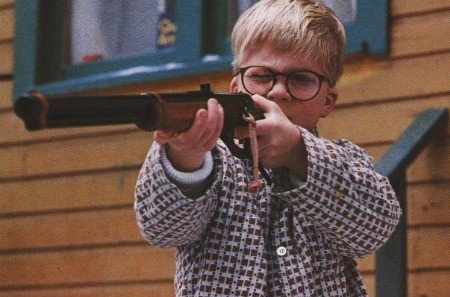 I see A Christmas Story video game as an old-school point-and-click game (like King’s Quest), where you navigate Ralph through the town in a quest to get a Red Ryder BB Gun. There’d be plenty of fun places to explore, like the house, school, or playground. You could even turn it into an adventure game where you save the town from invading snowmen or something (using the Red Ryder BB Gun as the primary weapon, of course).

Trivia: There is a deleted scene in A Christmas Story where Ralph saves Flash Gordon from Ming the Merciless (with his BB Gun)!

This wouldn’t be nearly as hard as it sounds. A game like this should simply contain mini games. Nothing but mini-games. And it should encompass ALL the Vacation movies. Let’s look at all the fun mini games we could do with a property like this:

There’s really not much you need to know about Sweeney Todd. He’s a barber, he sings, he’s unhappy, and he kills people and turns them into meat pies. WHY ISN’T THIS A VIDEO GAME ALREADY? 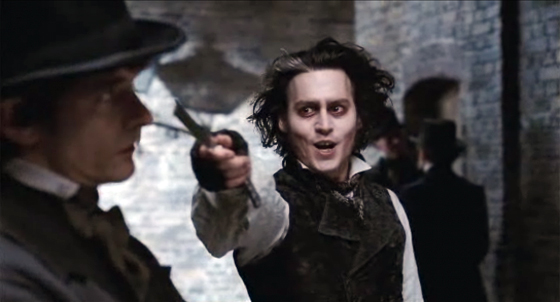 I can just see it now… “Sweeney Todd for Kinect.” It would come with a plastic razor blade controller to simulate cutting the throats of your victims. Then the game would cut over (see what I did there?) to something akin to Cooking Mama, where you chop up your victims with precision (or you lose points) and carefully cook them into meat pies.

And the singing? No problem. After you finish your quest to kill all the people you hate, the game can send you to a new version of Rock Band or Karaoke Revolution with a library full of songs that make you want to hurt yourself. Want more interaction? Add some Dance Dance Revolution into the mix and dance over your victim’s graves!

WHY ISN’T THIS A VIDEO GAME ALREADY?