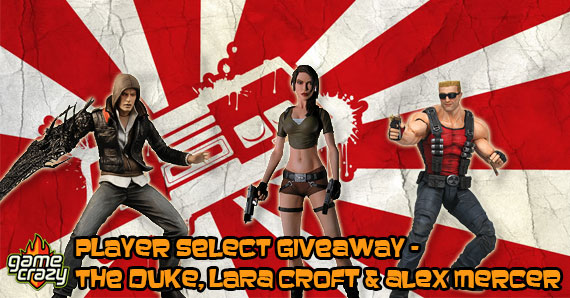 We know just how much you all enjoyed our last Bioshock giveaway and so we’re back with even more prizes! This time we thought it would be a great idea to put together a prize pack of our favorite video game action figures from NECA’s Player Select line.

This bundle includes Tomb Raider’s Lara Croft, Prototype’s Alex Mercer, and The Duke from Duke Nukem Forever. What better way to end the year than with this bounty of prizes? 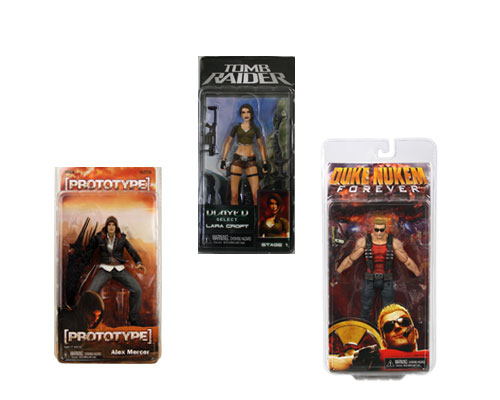 The winner of this giveaway will receive all of these amazing items: 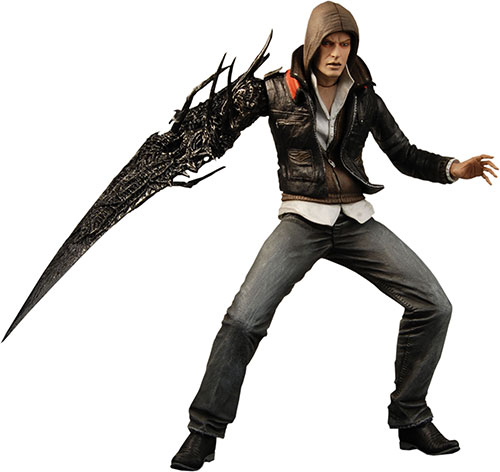 Alex Mercer was the lead researcher developing the Blacklight Project. When he learned that an organization was killing off people who were a part of the project, Alex attempted to flee with a sample of his work in a vial. Thinking he was in danger, he smashed the vial and lost his memory. Now known as the Prototype, he is able to shape shift his body into different weapons and regenerate quickly. 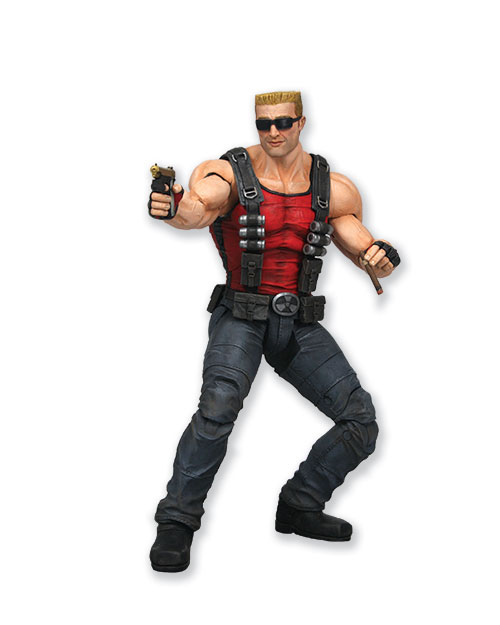 The Duke is one of the most infamous of all video game characters, and is known best for his classic one-liners. This 7″ figure is accurate down to every last detail, and includes his pistol and signature cigar. Essential for any gamer’s collection! 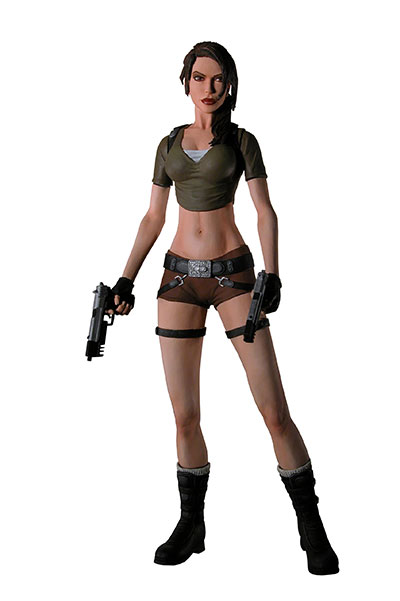 Lara is afraid of nothing and always ready for action. This figure features a huge arsenal of weaponry for you to display with her. She has a shotgun, grenade launcher, ancient sword, and two pistols. Lara Croft is ready to reprise her role in the upcoming reboot of Tomb Raider being developed by Crystal Dynamics, which should be released in 2013.

In order to enter this giveaway you just need to answer the following question – “Who voiced Duke Nukem in Duke Nukem Forever and Duke Nukem 3D?”

If you want to be the lucky fan to win all 3 of these incredible figures then all you need to do is answer the trivia question. If you really want to win them, you can gain extra entries through Facebook and Twitter.

If you want more giveaways in the future we need your feedback. If there is something you would like to see as a prize, let us know. It may just be next!