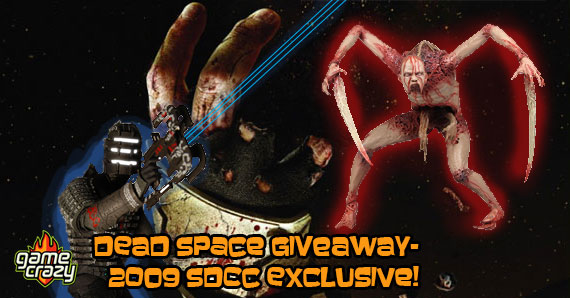 No One Can Hear You Scream in Space!

We just gave away some fantastic Street Fighter 4 figures, and this week we’re lucky enough to have some highly collectible prizes up for grabs! It’s time to jump into the horror genre with these Dead Space figures (provided to us by NECA). We have a Necromorph Slasher action figure from Dead Space 2, and a super rare San Diego Comic Con Exclusive Isaac Clarke! Be sure to check out the previews for Dead Space 3, coming out soon!

Isaac Clarke is the main character in Dead Space. Originally a systems engineer, he enlisted in the Merchant Marines, where he was sent to a mining ship to help with an emergency mission. Upon crash landing, he discovered that the ship is overrun with what he would later learn to be Necromorphs. This rare SDCC exclusive figure is extremely detailed, with 20 points of articulation and LED lights in his helmet and on his back! 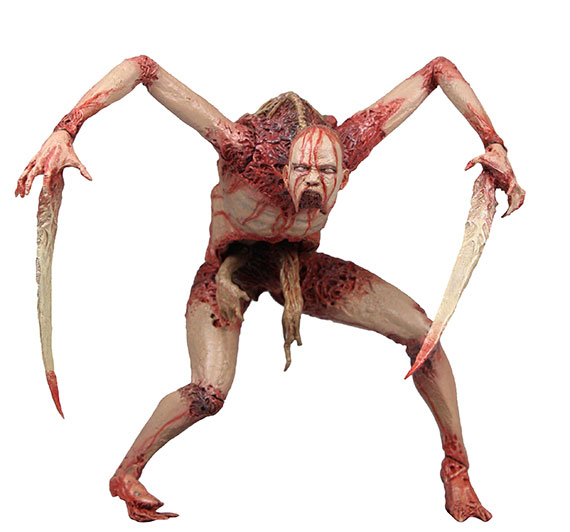 The Necromorphs are the remains of infected crew members that attack Isaac while on his mission. The Slasher is made from the bodies of his victims and is an efficient killing machine. The only way to eradicate one of these monsters is by dismembering its limbs. This figure has 17 points of articulation and is the perfect battle opponent for Isaac.

In order to gain entry into this giveaway you will need to answer the following question – “Which character from the Aliens franchise is Isaac Clarke similar to?”

Don’t miss your chance at these two rare figures! All you need to do to enter is answer the trivia question. You’ll have a better chance at winning if you have a Facebook or Twitter account.

Be sure to let us know what you’d like us to give away next. Your input can directly impact next week’s contest!