Ok, now that I’ve thoroughly enraged you with that title, let me explain. I’ve been asking my friends that question ever since Nintendo ceased production of the Wii a couple of weeks ago. Their responses were always the same –

Remember The Legend of Zelda The Wind Waker? It was that cel-shaded quirky Zelda entry from back in the Gamecube days. I personally remember happily sailing the Hyrulean seas in search of treasure and glory. Well, on September 20th Nintendo

Indie developers have been in the news quite a bit a lately. With Microsoft’s recent announcement that every retail version of the Xbox One can be registered as a development kit, and Sony’s new streamlined indie developer program making it

I know people have been hating on the Pro Controller because of it similarities to the 360 controller but hey, let’s let the patent courts settle that one. Lets just be happy a controller exists like this for the Wii U. Now we can really experience the Wii U’s hardware without being distracted by its tablet controller. 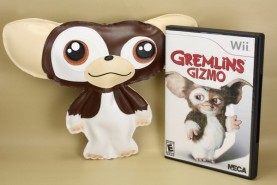