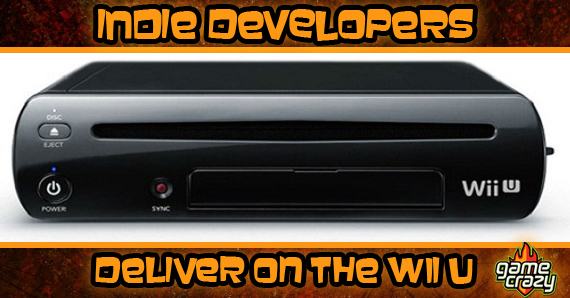 Indie developers have been in the news quite a bit a lately. With Microsoft’s recent announcement that every retail version of the Xbox One can be registered as a development kit, and Sony’s new streamlined indie developer program making it easier than ever to create content for Playstation platforms, it’s a good time to be an indie. However, there is another indie friendly console that hasn’t been talked about as much: the Wii U.

Yesterday, Nintendo posted a trailer showing off some of the brand new indie titles coming to the Wii U. In fact, Nintendo has announced that 20-30 new indie games will be coming to the console before the end of the year. That’s a huge boost in content for the struggling system.

With big AAA developers like EA and Ubisoft all but abandoning the console due to development difficulties and poor sales numbers, Nintendo basically hung a “HELP WANTED” sign on the system and it came in the form of numerous indie developers.

So with everything Microsoft and Sony has been doing lately to court indie devs, why would anyone want to develop for the Wii U? I’ll tell you why: because now that Nintendo is embracing the indie scene, developers that are not limited by strict deadlines, massive investment, or constant worry about the bottom line can take the time to figure out just what the hell to do with the Wii U. With the freedom indie developers enjoy, they can find new and creative ways to utilize the hardware and maximize its potential. 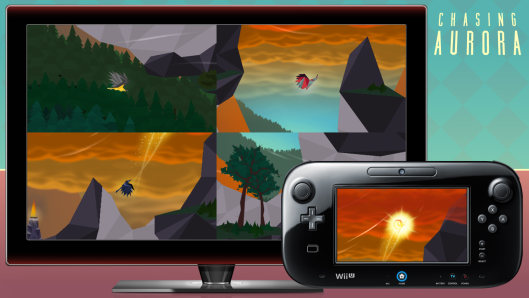 Indie games like Chasing Aurora have found a home and a following on the Wii U.

Since Nintendo is the reigning king of the handheld gaming consoles, indie developers are also finding a home on the 3DS. The 3DS is not only enjoying new first-party and third-party development projects like a new Super Smash Bros and the anime-inspired Senran Kagura Burst and Attack on Titan, it’s also reaping the benefits of indie development. Once you’re finished with Animal Crossing: New Leaf (are you really ever finished with that game, though?) there’s a large catalog of indie games waiting for you in the eShop.

While people spent the end of last year and all of this year talking about the Xbox One and the PS4, Nintendo has been silently regrouping and refocusing itself. Now, with the help of indie developers, Nintendo looks like it’s back in the race. All that’s missing is a new article from CNN saying “Nintendo’s Back!”