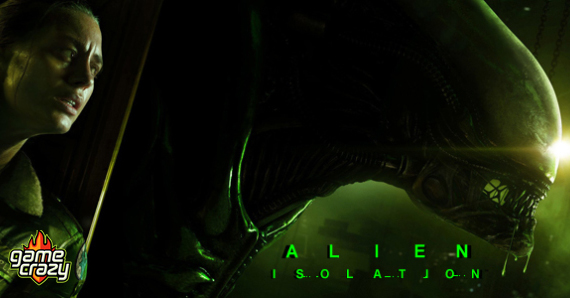 With Halloween upon us I think it only fair to treat ourselves to a truly scary and immersive experience. And so do the folks over at SEGA — earlier this month they gave us the much-needed first truly good game based on the Alien movies: Alien: Isolation for Windows, Xbox One, PlayStation 4, Xbox 360, and PlayStation 3. It comes as a breath of fresh air to many gamers who haven’t had the chance to play a good scary game in a long, long time and is by all means up there on the frightometer for sure.

These should look familiar to anyone who’s seen the first film.

Far from merely retelling a story millions of people have seen on the silver screen, Isolation aims to inject you into the story of Amanda Ripley, the now-adult daughter of Sigourney Weaver’s Ellen Ripley from the film series. As the game takes place between the first two movies, Amanda is on the search for her lost mother who has been MIA since the events of the first film. Someone has found the flight recorder of the ship Ellen was aboard and now Amanda wants it, and has been lucky enough to book a place on a ship going to that someone.

Revealing any more of the plot would do you a disservice, but suffice to say it does not disappoint. You’re not given nothing to fight off your foes with, but you’re not given much to work with, so you’re going to have to make due with what’s on hand at the moment most of the time. The main objective is to survive, and apart from the android enemies you can kill, the Xenomorph hunting you cannot in any way be stopped. You have to run, hide, and cover your trail or you’re as good as dead.

If you’re ready to get really, really freaked out this Halloween season, I highly suggest you pick up a copy of this instant classic, and turn off the lights. If you dare.