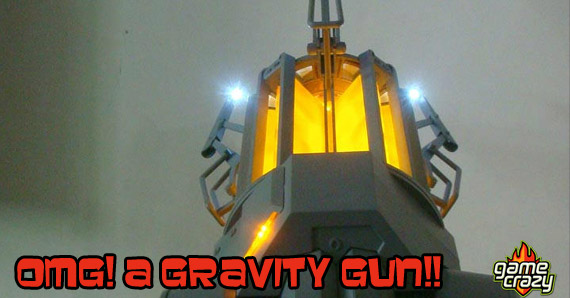 Say Hello to Our Little Friend!

In the tradition that was the awesomeness of their Portal ASHPD replica, our friends over at NECA announced this week they’ll be releasing a Gravity Gun replica from Half-Life 2!

Who could ask more out of life than a Zero-Point Energy Field Manipulator? 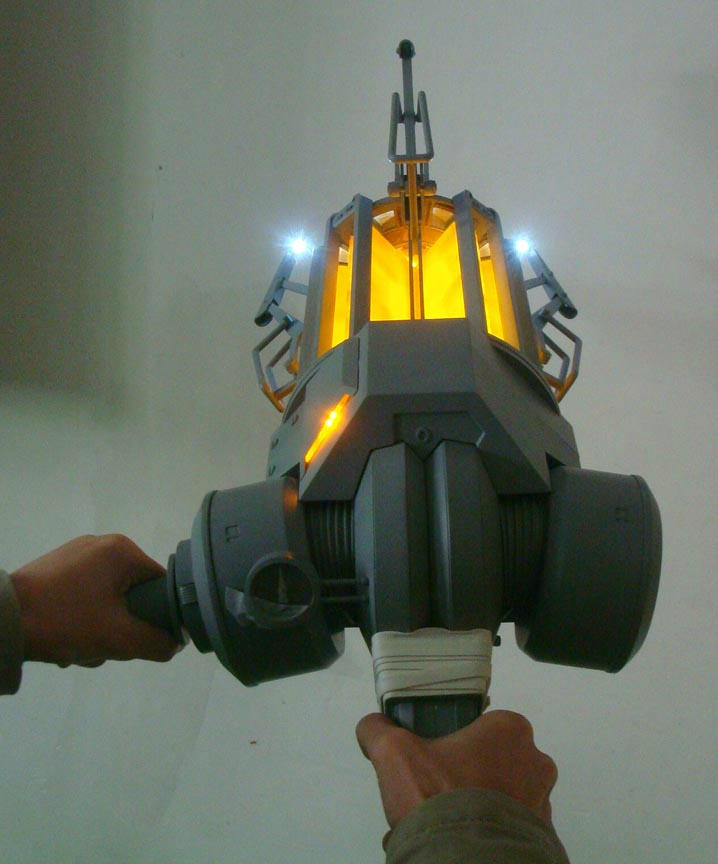 Move furniture, make a bowl of cereal, blow out the widows — it has a million household uses!

It’s just one more reason to get to NY Toy Fair this year, where the Gravity Gun will be on display for the first time. As if you needed the excuse.

Half-Life 2’s Gravity Gun is one of the most influential game weapons ever, allowing players to manipulate the physics of the game-world in a way that just wasn’t thought of beforehand. Everything from BioShock to Dead Space has taken a bite out of it, and Gordon Freeman — have you seen the Gordon Freeman action figure? — is a gaming icon like no other.

The Side by Side

Or at very least the top and bottom. The prototype of the replica obviously doesn’t have the final paintjob, but you can still check out the awesome detail next to the one from the game: 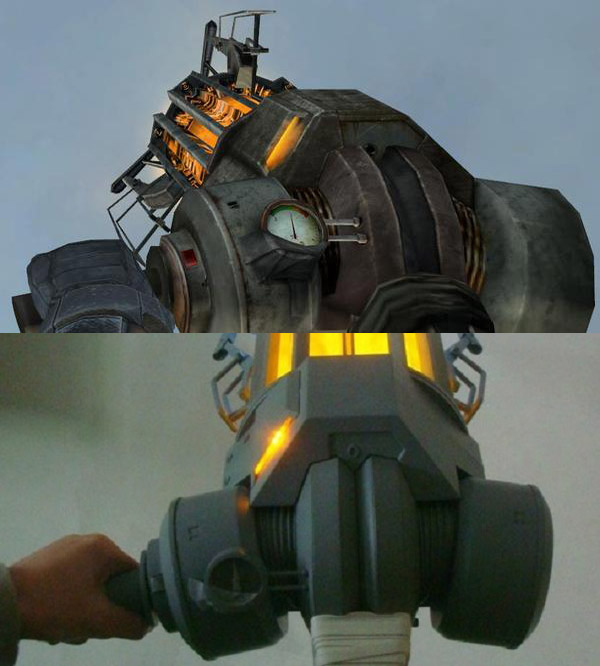 Made out of pure excellence. Also plastic.

Right down to the piece of tape holding on the pressure gauge, NECA once again managed to do the impossible and bring a treasured — literally, if you’ve ever played Half-Life 2, you know what a difference the Gravity Gun makes — gaming item to life, in full 1:1 scale and with amazing accuracy. Clearly someone over there is a gamer.

The good news is apparently these won’t be quite as limited as the ASHPD was (if you didn’t manage to get one before they were gone, NECA’s got a few in their eBay Store), so once they hit in the Spring, there’ll be Gravity Guns all over the place. You’ll swear you were in City 17.

Which — but for the antlions — is the place to be.