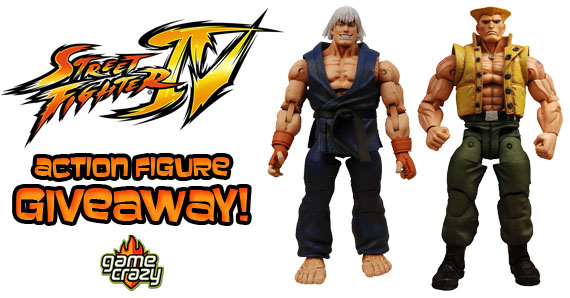 Here we go again with another great Game Crazy contest and giveaway! We hope you enjoyed last week’s Assassin’s Creed: Brotherhood Giveaway. That winner has been chosen and the Ezio and DaVinci Glider have been shipped off to that lucky person. This week we’re bringing you two rare 7 inch action figures from the excellent fourth installment in the classic Street Fighter franchise! Continue on to find out how you can win!

Here’s what you win 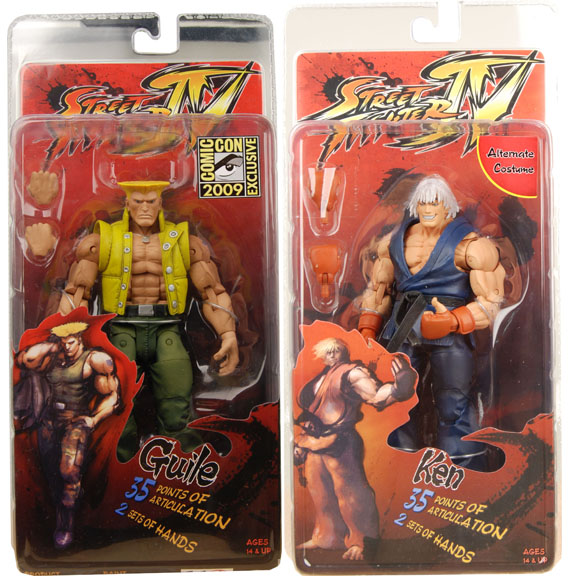 The landmark franchise that defined a generation of gaming, Street Fighter has some of the most recognizable characters in the world. We usually see Ryu’s best friend Ken in his orange costume, but this 7″ scale figure features Ken in his alternate blue costume from Street Fighter IV. He has over 35 points of articulation and comes with two sets of hands, so you can duplicate all of his famous fighting moves!

This 2009 Comic-Con Exclusive version is based on the DLC Classic Costume Pack from Street Fighter 4 — Guile pays tribute to his war buddy Charlie by donning Charlie’s classic costume. The 7″ scale figure is extra detailed, all the way down to the military-style flat top you could use for an ironing board. Guile features 35 points of articulation and two sets of hands, so you can duplicate all of his famous fighting moves. 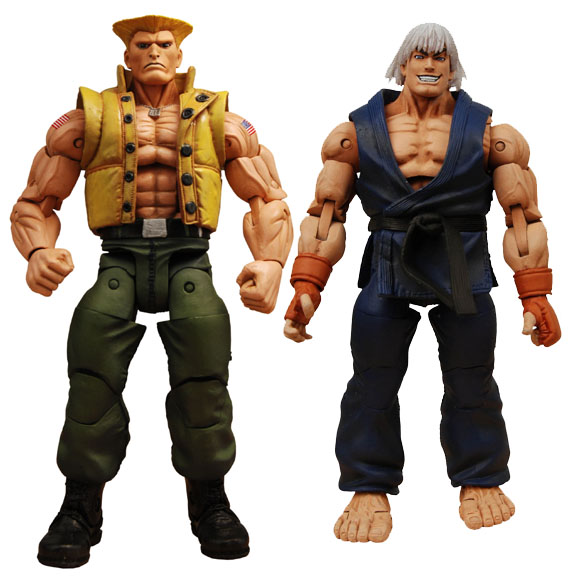 In order to enter the giveaway you must answer the following question: “Within the Street Fighter game franchise, what is Ken’s last name?”