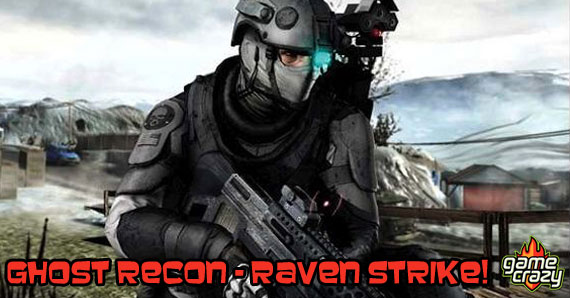 Stalking the woods of southwestern Russian, one wonders when an enemy’s single bullet will either annihilate you or your teammate.

At the very least, getting hit hinders you for the entire mission, impairing accuracy or movement. You near the area where the objective is located
and order Bravo along with Charlie squad to stealthily advance. They comply, carrying out your command with care as they move forward and disappear from view.

Eventually, you get the message over the radio that Russian troops have been sighted. The squads take cover and you advance until the troops are in your line of vision as well. Slightly adjusting the positions of Bravo and Charlie, all of you take the shot upon command. When the gunfire ends a team mate says: “Scratch another one.”

If you took careful planning, this was how Ghost Recon played out over a decade ago. Raven Strike attempts to recapture that nerve knotting tension,
admirably, but ends up lacking.

In fact, only Raven Strike’s first mission conveys the original’s mood and gameplay which didn’t hold your hand. A plane carrying a high ranking loyalist Russian general has crashed, causing rebel forces to dispatch to the area in search of him. Your job is to investigate the crash site and
rescue him before the rebels get there first.

Bodark, the Russian equivalent of Ghost Recon, has also saturated the area with jamming technology, preventing you from utilizing your optical camouflage, aerial drone and sensor grenades, meaning regular eyesight and communication from your squad is what’s going to spot the enemy. 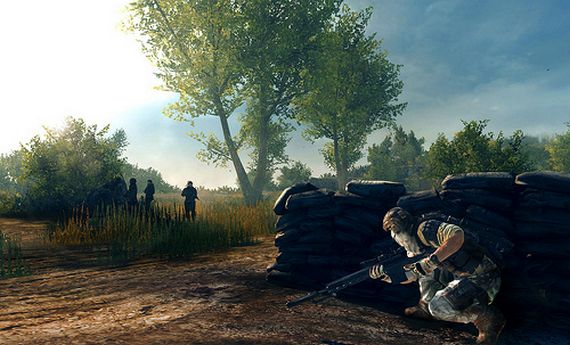 Don’t worry, it’s not as hard as it sounds if you’re patient. And that’s it. At first the enemies walk in predictable patterns if closely observed.
Toward the mission’s end, however, they’re spread out and patrol alone. More difficult to take out, yes, but still relatively easy if you keep pushing forward in a steady and thoughtful manner.

Nonetheless, if you found yourself enjoying Future Soldier upon release and desired more challenging gameplay, reinstalling the first Ghost Recon on your PC might offer some nostalgic fun, although a technical writer may be needed in order to explain how to boot up such an oldie on modern systems.

For gorgeous graphics and a more relaxed gameplay, give Raven Strike a download.