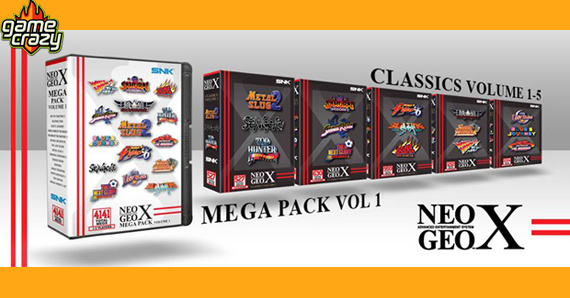 Tommo Inc., the company behind the Neo Geo X handheld console released late last year, is showing its continuing support for the system by releasing an all new line-up of games and accessories later this month. Neo Geo X Mega Pack Vol 1, which includes 15 classic Neo Geo games, will officially be released on June 25th but is available now for pre-order at various online retailers for $79.99.

If you’re only after a couple of the games being released, you can purchase them separately on one of five Neo Geo X “Classics” Volumes, with each one featuring three titles included with the Mega Pack. Each “Classics” Volume can be purchased for $24.99 and are also available for pre-order online. 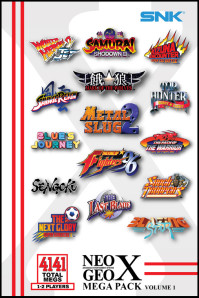 Here you can see the 15 classic Neo Geo titles being re-released for the Neo Geo X.

Tommo didn’t stop there though. The Mega Pack and each “Classics” Volume will include a system update for the Neo Geo X! It’s full of fixes and updates for video, audio, and control inputs — but most importantly, it adds game saving functionality, not just for the new games being released, but also for the 20 pre-loaded games that came with the system. Can I get an Hallelujah!?

Tommo just kept on going after that. The Mega Pack also includes the Rocket Cable, a high-speed data transfer and charging travel cable which will free those that purchased the Neo Geo X Gold System from having to charge the handheld in the docking station. Now that it can pick up a charge from anything, it’s free to leave its docking station behind and become a travel worthy handheld system. 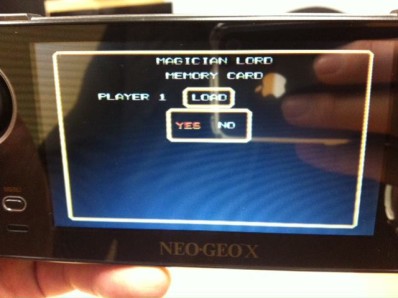 Tommo Inc. teased us with this photo of the new game save screen, posted on the Neo Geo X Facebook page.

Tommo Inc. has shown incredible dedication not just to the system, but to the people playing it. When the company took to Reddit a few months back for an open forum with its customers, it was bombarded with praise for the handheld as well as questions and ideas for improving it. The recurring themes of the questions and recommendations were adding more games, adding the ability to save games, adding the ability to update the operating system, and simplifying the charging process.

Tommo went ahead and addressed all of those things in one fell swoop. Oh yeah, did I mention they’re making a travel case for it? Yeah, that’s happening, too. 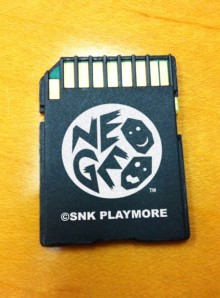 What the back of the new game cards look like. You gotta love small details like this.

The Neo Geo X could have been a one hit wonder, a video game flavor of the month, but thanks to Tommo Inc. doing right by the dedicated Neo Geo fans around the world, it’s becoming a handheld with some staying power. If this keeps up, I’d be on board for a hardware revision down the road, because that’s what happens when a developer shows genuine dedication to a piece of hardware. It’s repaid with the dedication of their customers. Bravo, Tommo and SNK/PlayMore, bravo.