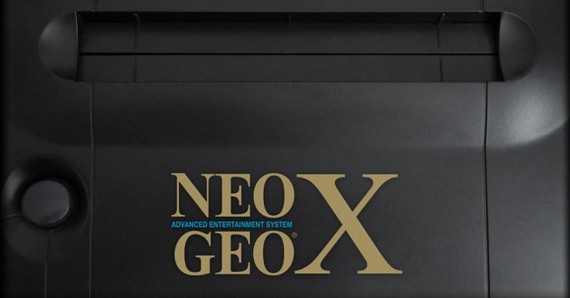 This past December, Tommo Inc. released the Neo Geo X, a handheld gaming system that pays homage to the good old days of Neo Geo gaming. The system comes pre-loaded with 20 classic games that were originally released for the Neo Geo AES game console. More importantly, it revives hope for fans of the first home system to genuinely replicate the arcade experience. 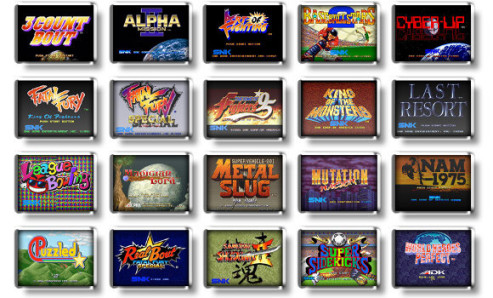 The 20 preloaded games cover a lot of what Neo Geo does best: provide a quality arcade experience.

You guys remember the AES, right? It’s the game system that no kid could afford because it cost over $600 when it was launched back in 1990, a tough tag for any kid to pitch to their parents. Even today, the price of an AES can exceed $200 on eBay and even more in retro game shops. 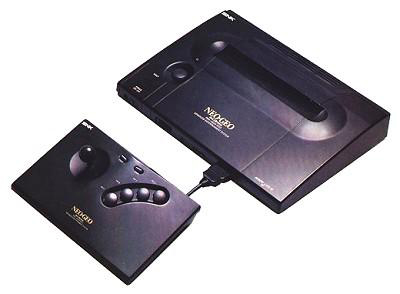 Due to the insanely high price tag, not many gamers ever got a chance to play an AES home console. No, the closest most of us came to a Neo Geo was in the arcades, where you could pump quarters into the Neo Geo MVS, the arcade big brother of the AES. Even the Neo Geo CD system, released four years later, still had a hefty price tag of $300, not chump change in 1994. 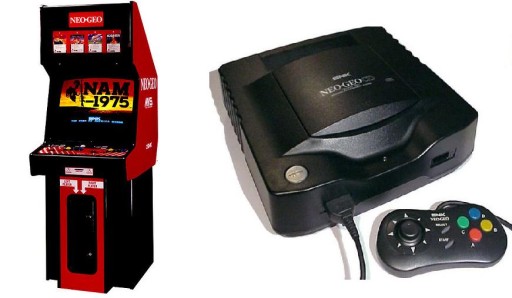 The next chance gamers had to jump on the Neo Geo train was in 1998, with the release of the Neo Geo Pocket, a 16-bit handheld system. Being a handheld meant that it wasn’t capable of the flashy arcade-quality graphics that we all knew and loved on the older Neo Geo systems. And after that came a gap so long most feared the Neo Geo was gone forever. Luckily, that was not to be the case. 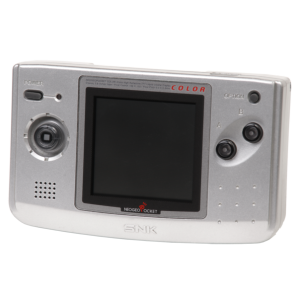 The Neo Geo Pocket was a good way to play Neo Geo classics on the go, but it just wasn’t the same, even with the later release of a color version.

Fast forward to December 2012, when the Neo Geo X was released. It’s a handheld that contains enough hardware power to recreate the awesome arcade graphics of the Neo Geo systems of old. The 1 GHz processor, 2 GB internal microSD card, 128 MB of RAM, and 4.3-inch LCD screen are all it takes to bring those classic game cartridges (once the size of small cars) back to life in the palm of your hand. 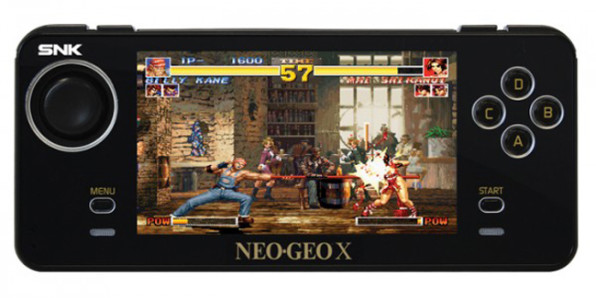 With SNK Playmore’s blessing, Tommo first released the Neo Geo X Gold Limited Edition, a deluxe package that also includes a docking station shaped like an AES console and a replica Neo Geo arcade stick. When the handheld is docked, you can hook it up to your HDTV via an HDMI cable. Then just plug in the arcade stick and you’re off to Neo Geo land. In March, the handheld will be available for individual purchase at the lower price tag of $129.

The Neo Geo X has been in the hands of gamers for a couple of months and Tommo has had time to take in feedback from the gaming community. Requests for improved charging methods, additional accessories, online updating, and of course, new games, have all been noted and Tommo has responded with a promising “Be patient, it’s all coming.”

As with any game system, there are people who want to tear it down and deny its right to exist. Clearly, this isn’t a system that was meant to replace the Vita or 3DS, but it does have a purpose. That’s to reintroduce Neo Geo gaming to the videogame community and to remind us of a simpler, but very bad-ass, time in gaming history.

That being said, it doesn’t mean Tommo gets a free pass when it comes to the shortcomings of their new little handheld. However, actively listening to the gamers shows that they’re dedicated to the Neo Geo X and to making it something the old Neo Geo consoles would be proud of.

While it isn’t a genuine piece of SNK hardware, the Neo Geo X is a start. It’s something to get us excited about Neo Geo again. With a more-than-attentive manufacturer at the helm, the possibilities are wide open for this modern retro handheld. Who knows? There could even be a hardware revision down the road. We can dream, right?