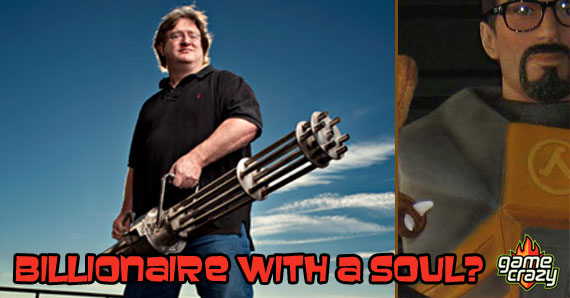 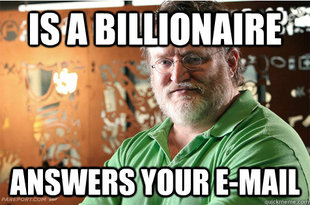 The proof is in the meme.

See? Imagine how good a person you have to be to have your meme be positive! You’ve got the judgment of the whole internet — that anonymous hiding place from which countless personal attacks have been launched against celebrities, normal folks and weirdos — a place where bullying is so prevalent it actually got its own sub-category of bullying (even if it is just called cyberbullying) — and Gabe Newell is the one dude who comes out unscathed. He’s like the Gandhi of Gaming.

Hell, even Gandhi cheated on his wife. Gabe Newell is better than Gandhi. There. We said it.

And you know what makes Gabe such a good guy? It’s simple. All that crap that everyone else charges you for that you don’t think you should be charged for? Yeah. He’s the only person on the planet who doesn’t charge you for it.

When Gabe Newell invented the rights and distribution platform Steam — and its subsequent offshoots and add-ons Steamworks, the Steam Overlay and the Steam Workshop — he not only allowed users to install games on an endless number of machines with one license, but he instituted the Steam Shield to protect their privacy from hackers and other ne’er-do-wells. While Xbox‘s and Playstation‘s online platforms were getting hacked and hundreds of thousands of users’ information was being compromised, Gabe took steps to ensure those on Steam were protected.

It’s almost like he actually gives a crap what he’s doing! 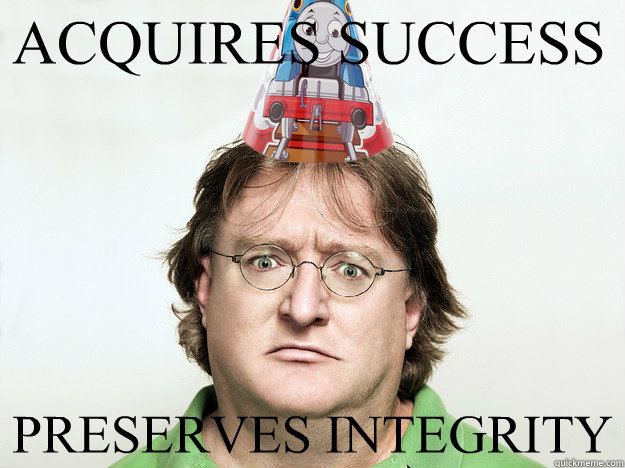 He even likes Thomas the Tank Engine!

Steam makes it possible for gamers to manage their libraries from mobile devices, interact with each other on the Steam Community, and when there were concerns about the authentication process and the servers going down, Gabe himself took to the user forums to directly address his customer base. How many billionaires do you think would do that. You think Donald Trump is gonna log on and say hi? 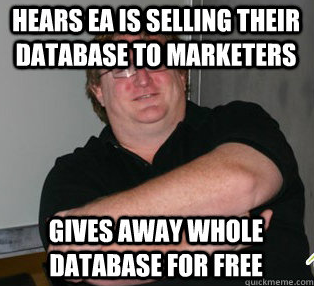 The one time Steam did get hacked, Valve made sure word got out to the users quick, and took steps to stop it from happening again. While the rest of the world tries its absolute hardest to squeeze every penny out of every gamer on earth, Gabe said no to the easy payday of making a third Half-Life, refused to sell Valve to EA, and shows no sign of changing his methods.

And the Nobel prize for “Not Being a Jerk” goes to…

It’s because of you sticking to your guns, most of all, that GameCrazy salutes you, Gabe Newell. You’re a hero and an inspiration to anyone who ever told themselves they’d keep their integrity if they got filthy stinkin’ rich. They probably wouldn’t be able to do it — I know I wouldn’t — but you did. You’ve truly earned the “Good Guy Gabe” meme.

So thanks, and keep up the good work.