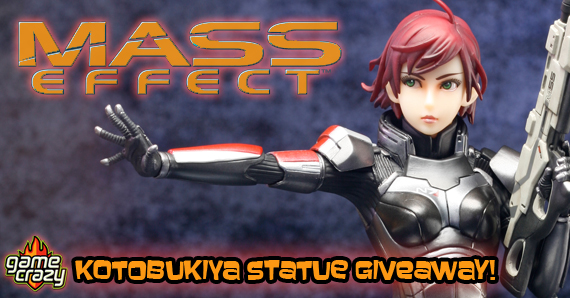 We hope you had as great a time as we did with last week’s NECA Player Select Action Figure Giveaway! Congratulations to the lucky winner was who was selected to receive Duke Nukem, Ryu Hayabusa, and the Bionic Commando figures! They have now been shipped off to their new home, so we’re turning our spotlight on this week’s very special giveaway.

We’re once again teaming up with our friends over at Kotobukiya, and together we’re giving away a beautiful Commander Shepard 9″ Bishoujo Statue from the Mass Effect video game series! Kotobukiya is one of the world leaders in licensed collectible manufacturing, and is renowned for their quality and dedication to craftsmanship. Click here to like them on Facebook, and continue reading to find out how you can enter to win this stunning collector’s piece! 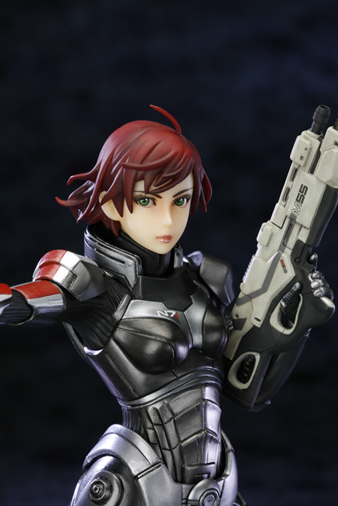 A Kotobukiya Japanese import! Mass Effect took the video game world by storm in 2007, giving players the chance to explore the galaxy as Commander Shepherd. The BioWare hit featured great sci-fi characters and action, spawning two massively popular sequels. Kotobukiya continues its line of bishoujo statues from the Mass Effect series (after the alluring Liara T’soni) with none other than the female version of Commander Shepard! 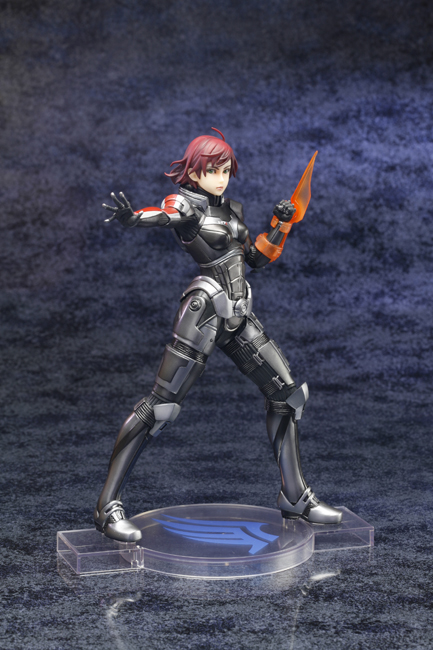 The commanding officer of the SSV Normandy is ready to lead her loyal troops to victory in the fight against the Reapers! Shepard’s distinctive armor has an incredibly intricate sculpt showing off every panel and seam, and it looks great in its sleek black and gray color scheme with red accents. Her left hand can wield one of two included interchangeable weapons: the M55 Argus Rifle or the wicked Omni Blade! 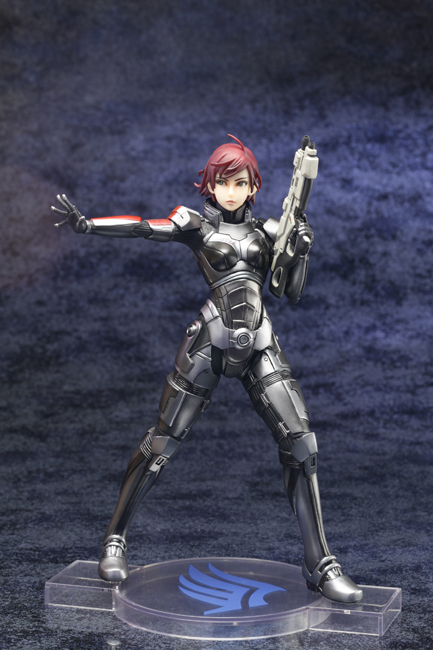 The Systems Alliance Navy officer has never looked hotter in this bishoujo look based on a new interpretation by master illustrator Shunya Yamashita and sculpted by Masahiro Takahashi (GILL GILL). Commander Shepard stands 9″ tall (1/7 scale) on a special display base.

In order to enter the giveaway you must answer the following question: “What is the name of the actress who lends her voice to the female version of Commander Shepard in the Mass Effect games?”