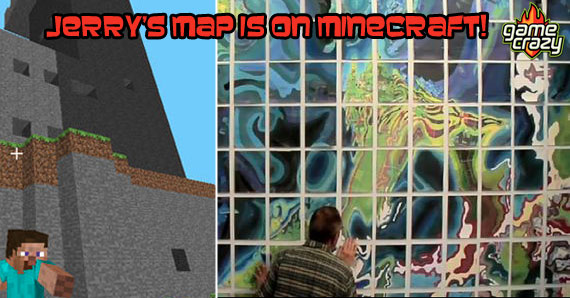 In 1963, Jerry Gretzinger started drawing a map. it was originally just a doodle, with some cross-hatched rectangles. He added more and more rectangles, which eventually evolved into a city. Of course, every good city needs a river, so he added one of those too. Eventually his not-so-simple doodle reached the end of the page. So now he had two options. He could put the doodle aside and consider his “art work” done, or add to it. Lucky for us, he chose option two.

He put another sheet up to his original and kept building his paper world, and for over 40 years he has continued to add to a world that existed only in his imagination. 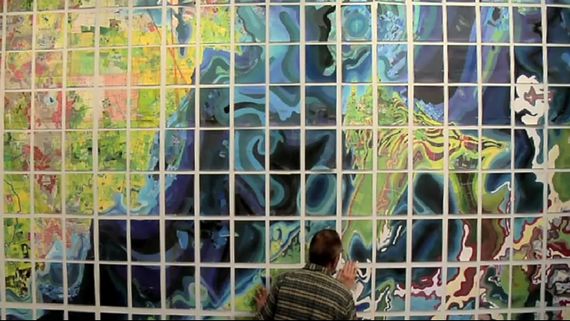 However, a simple map isn’t good enough to get a post on GameCrazy, and Jerry knew this years before we even existed. this show’s that Jerry is both a visionary and probably psychic. So to ensure his future inclusion on the best game related collating site on the internet (GameCrazy), he decided to make things unique.

For much like the real world, Jerry’s map is in a constant state of flux. This is no static map that hangs limply on the wall. Rather this is a dynamic world that changes every day. Each morning Jerry pulls a card from a standard 52 card deck, where each card has special instructions written on it. Through a combination of the instructions and card type, he alters his map according to the card drawn. This leads to a map that is constantly changing, just like the real world.

To make things even more interesting in his map, and to pull it above the mundane and ordinary, Jerry also included the Void. The Void is a patch of white in Jerry’s map that can grow at the drop of a hat. Or draw of the card rather. It threatens to wipe out the world Jerry has created, and adds a threat of danger most paintings don’t usually include.

Jerry’s map is a work of art unlike any other. 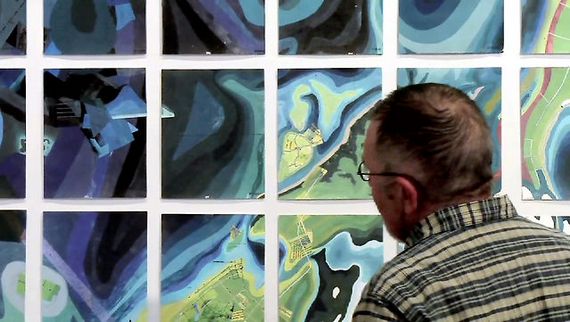 So it’s not surprising that Jerry’s map is coming to Minecraft as a mod. Minecraft is also a dynamic world builder that is based on rectangular map units (Squares are a subset of rectangles; don’t be difficult). Each day a card will be drawn, and players on the Jerry’s Map server will be required to alter their world per the instructions on the card. Even the Void will be present.

It will be represented by an area in which you cannot place or break blocks and will spread daily. It devours anything in its way and will therefore destroy buildings, a great reason to stop it. The Void can only be stopped by a “Void Wall”, which you’re able to build with a little difficulty, possibly requiring you to venture into the Void itself to craft. It has also been proposed that it be a very dark area that players cannot see light and where mobs spawn.

This mod gives players a chance to be a part of a living work of art brought to the digital world. Even players who feel they’ve exhausted the all the possibilities Minecraft has to offer (which they really haven’t) will find something new here: the chance to give up control of their world to the whims of fate.

If you’d like to see the original analogue version of Jerry’s Map, it’ll be on exhibit at the Massachusetts Museum of Contemporary Art. From October 5-14 you’ll be able to see it in it’s entirety for the first time ever, and we strongly encourage you to go check it out. For those interested in playing the Minecraft version, you’ll find all the info you need here.