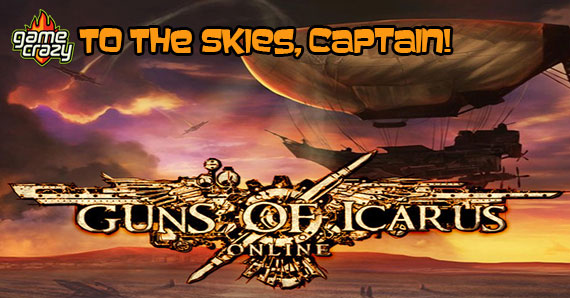 Have you ever dreamed of piloting a steam-powered zeppelin with a crew of your closest gaming friends as you try to rule the skies? Guns of Icarus has quickly been gaining a lot of attention since it was released on Steam last week. 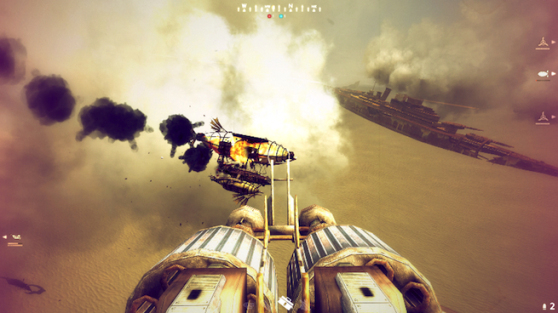 This game is a re-imagining of the original game Guns of Icarus which was released a few years back. This new version puts much of its emphasis on online multiplayer and that is where it shines! I was able to put a good amount of time into this game and here are some of the things that really stand out amid the steampunk airship battles.

This game fills a very rare but desirable niche genre as a strategy combat simulation. The best part of this game lies in the ability to gather a bunch of friends and really work as a team to ensure your airship is superior. With good communication, you work as a well oiled machine (literally) when battling other ships.

The aspect I enjoyed most was the amount of customization that can go into your airship. There are 6 different types of vessels, all with drastically different layouts and performance. Aside from this, the crew of your ship can specialize in certain areas that will help them perform. 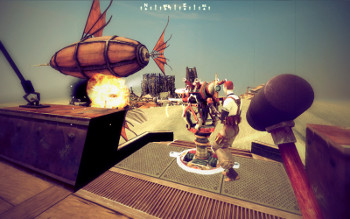 You can act as a pilot, gunner, or engineer. The pilot gains bonuses for maneuvering the airship. The gunner is able to use special techniques to inflict more damage. Finally, the engineer is able to more efficiently put out fires and keep all mechanical parts running smoothly.

It is really amazing to see the amount of mayhem that can go into a match — and every battle is different then the last. 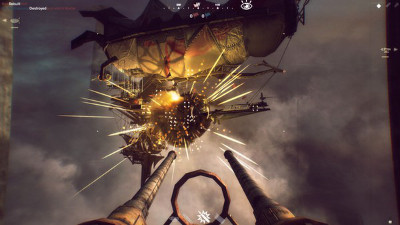 In one fight you can be on a team of 4 airships dueling against 4 enemy aircraft, for a total of 32 players on the battlefield at the same time. With the wide array of ship layouts and crew layouts, the variety of ships you will be fighting is endless.

The fundamental aspect of this game is teamwork, so if you do not have a group of familiar friends crewing your ship, the game feels very lonely and not fun. Sure you can join in with other people, but the team aspect and the communication between players is usually fairly poor, which leads to a more frustrating gaming experience.

One thing every game needs, especially a game solely focused on multiplayer, is a strong matchmaking system. 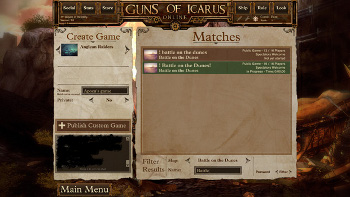 The system Guns of Icarus Online has in place is a very poor and dated design (no one likes joining rooms and waiting for them to fill). This needs to be improved immediately if this game is to last.

Should you Buy it?

I really enjoyed the innovative and unique gameplay mechanics of this game, but its current price point gives me pause. On the bright side MUSE GAMES has given some insight into future patches, including a new adventure mode. If you have a group of gamer friends and can pick up the Steam 4-pack, which dramatically lowers the cost of the game, it is definitely worth playing. Good luck out there, Captains!