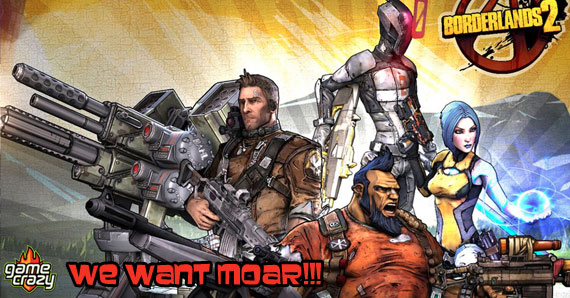 By now you should know what Borderlands is about. If you haven’t played it, why are you even reading a review of the sequel? Go play the first! Actually, scratch that. Just play Borderlands 2 after all. It’s pretty much exactly like the first one, just with a lot more spit and polish. It’s great fun, and a better place to jump into the craziness that is Pandora than the now (in comparison) boring first game.

In Borderlands 2, you yet again play as one of four vault hunters that encompass a standard range of character classes. Basically they break down to the soldier, the tank, the rogue and the girl. I played the girl initially, because if I’m going to be staring at a characters ass for dozens of hours, it may as well be a chic’s ass. And yes, I realize it’s first person. It’s just the principle of the thing. Each character has their own unique ability again, though the abilities are mostly changed from the original.

One of the additions I most liked was NPCs. The lack of people in the first game was really noticeable, and it’s nice to see they put in a few more this go around. 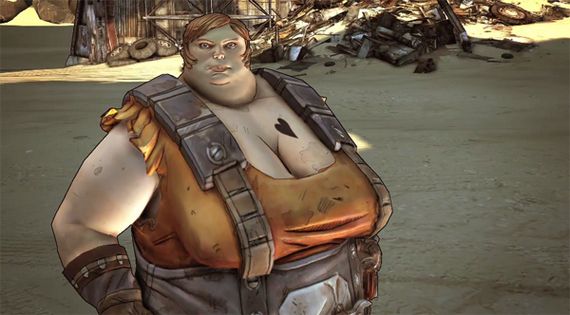 They all have their own dialogue, and mostly it’s pretty funny, as you can imagine.

(with commentary from Randy Pitchford, President of Gearbox).

The story is there, and as in the original, full of humor. It’s generally irreverent, which is good, because the story is largely irrelevant. You didn’t come to Pandora to read or flap your gums, did ya? No, you’re here to kill stuff and collect loot.

Like a sci-fi/western Diablo, there’s plenty of stuff to collect on Pandora. There’s so much, it almost renders the monetary system obsolete ten minutes in. Why buy a gun when you’ll probably find a better one a few minutes later when you level up?

Pandora is a pretty good example of what people with degrees call a “post scarcity economy.” One of the biggest ways I spent my time in Pandora was trying to arrange my massive amount of loot into my limited inventory backpack.

More of the Same

What’s the verdict? Well, if you liked the first one, you’ll love the second one. 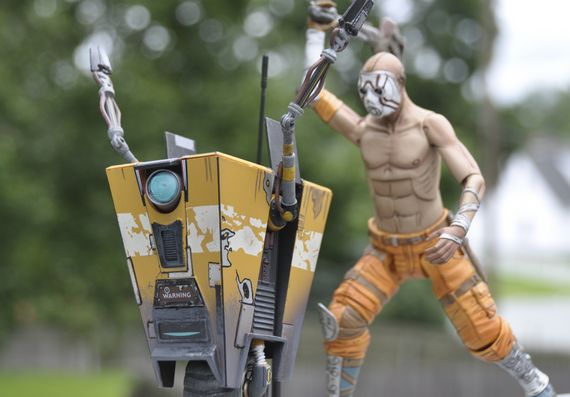 Borderlands 2 is pretty much Borderlands with more of everything. More guns, more humor, more map. It’s got a slightly slicker interface, but otherwise it’s about graphically on par with the original. There really haven’t been any other improvements or changes, and there weren’t a lot needed.

So if you beat Borderlands and wished you had more, well your dreams just got answered.

Sequels- Is The Second One Better Than The First?