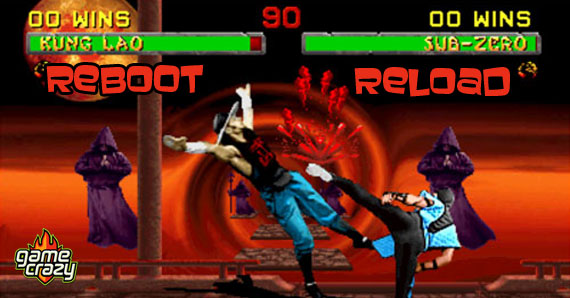 And finally, we finish our coverage 21 games that desperately need a reboot or a re-launch (aka a sequel). The Top 3 may be a little surprising, but it really shouldn’t be. 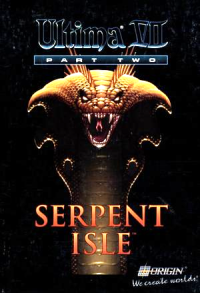 We haven’t seen a good Ultima game since “Ultima VII Part Two: Serpent Isle”, which was waaaaayyy back in 1993! Serpent Isle is considered the best of the series, and it’s no wonder.

The game needs a total reboot in my opinion. Forget about the current desire for multi-player madness, bring Ultima back with a sole focus on single player and stat the story from scratch.

Unlike I, II, and IX, a new Ultima reboot should definitely allow for party play — controlling 4+ characters in a party is far more interesting than controlling just one lonely Avatar. And if a reboot becomes a series of games, the plot needs to stay consistent (which is one of the reasons people hate IX so much).

A reboot would also allow the developers to remake the Ultima universe, which was once rich with ambiance. Whether it’s looking for Skara Brae, running into your first Headless monsters, listening to Iolo play a tune, or having Shamino join you for the first time, there’s so many “memorable moments” that made Britannia so cool. I still remember playing Ultima V and stealing the flying magic carpet — that was just so cool.

And finally, they really need to make sure a new Ultima game is bug free! Where’s Lord British when we need him? 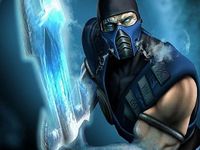 After Midway collapsed, Mortal Kombat made a comeback under a new owner: Warner Brothers Interactive. Using the Unreal 3 engine, the 2011 version of Mortal Kombat went back to its original bloody roots, which isn’t a bad thing. The problem is that it’s roots kinda sucked. Don’t get me wrong, I love MK 1, 2, and 3 (even MK 3 Ultimate), but they still don’t know how to go from a mediocre fighting game to a good one.

Mortal Kombat needs a fundamental reboot. When you’re rebooting a game, you really need to look at what the core concept is “about”, and for Mortal Kombat that concept would be the fatalities. So I propose that a new game come with 2 fatalities for each character — the first one is achieved by pressing one button three times. Every character can access this fatality anywhere on the screen by pressing the same three buttons; this makes the game more accessible to new players. The second fatality can be a more complex set of buttons that doesn’t make any sense (just like the current series), which will appeal to the current fans.

Jettisoning most of the characters would be a good idea too, to give the game a fresh start. But most importantly, they need to get rid of the block button. It serves no good purpose in Mortal Kombat anymore, and it’s just not that critical to a Mortal Kombat franchise. One can argue that Soul Calibur and Virtua Fighter has a block button, but those buttons are used as part of regular combat, and those games only need 4 or less buttons to play! Mortal Kombat has always needed 5 buttons, which doesn’t fit in today’s 4-standard-button controller anymore (no, I do not think the triggers are standard).

And finally, Mortal Kombat needs a more fluid combat system. MK has always been the joke of the fighting industry, series showrunner Ed Boon is part of the problem. We need some fresh blood in charge of the Mortal Kombat franchise and he needs to go. 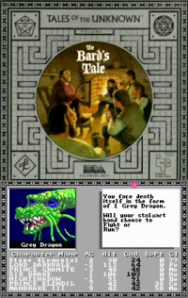 Remember Bard’s Tale? Oh, and I’m not talking about the newer remake for consoles — I’m talking about the old commodore/pc version where your group of level 3 characters would get hammered if you stayed out past nightfall… and Garth’s Equipment Shoppe made sure he sorted items in a way that made no logical sense.

The Bard’s Tale let you control 6 characters (and 1 NPC), play any dungeon in any order, and gave the Hunter an instant-kill critical hit ability. Traveling through a dungeon was always fun as you told your Bard to play “The Seeker’s Ballad” to provide light, as you prayed that you wouldn’t run into a pack of Wights. Heaven forbid if your Bard loses his voice (a drink of ale could fix that).
There are few games that were as engrossing as Bard’s Tale – it had fast and fun combat without painful and endless walking for the sake of wasting your time. The PC version made things a little easier by giving you a free stone golem (press the Z button), but like Chrono Trigger ten years later you could literally go anywhere you want (and get killed). Wanted to try Mangar’s Tower when you’re level 10? You can do that! You’ll get your ass fried by the dragon guarding the entrance, but you can always try.

But I want a full re-launch.

I want a Monk that gets better natural armor as he leveled-up. I want a Bard that could blast entire enemies with a Frost Horn. I want a Paladin slicing and dicing Tarjan (the mad god) with a Kael’s Axe. And yes, I to feel the fear as I’m deep in a dungeon with 2 archmages that’s completely out of mana points.

There You Have It!

So there you go. It’s been a great ride, but these are definitely twenty-one games that need to be rebooted or relaunched in some way. There are certainly other games out there that could fit into this category, but surprisingly many games are already on the official relaunch list (like X-Com). Heck, even EA has hinted that Mirror’s Edge may see a sequel in the near future. (and don’t forget that Mega Man and Bionic Commando rose from the dead a few years ago too).

So when you’re at your computer or game console playing that old game that everyone’s forgotten, just know that there’s always hope for a sequel or relaunch.

So stay in the game and stay crazy. Stay GameCrazy!

Injustice – Gods Among Us Adds New Characters, Even More Epic!