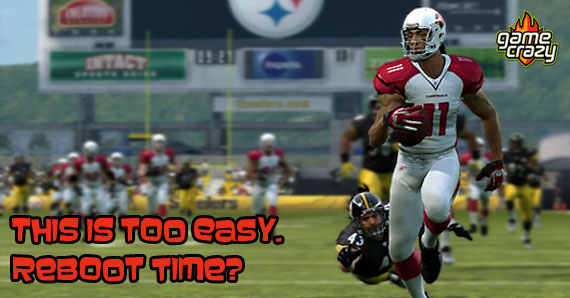 Let’s take a look at 21 games that should be rebooted or re-launched (aka needs a sequel).

Let’s face it, the Madden franchise has launched a major hit with Madden 2012, which was pretty good, but that’s the first real good football game we’ve had since NFL 2k5 seven years earlier… (last seen on the Xbox and Ps2!).

And this may be too much, but do we need John Madden’s voice? We had fun with “You know, they’re going to need to score more points than the other team if they want to win!”, and Madden is a now a classic voice, but it might be time for a new one?

Alas, Dungeon Keeper seems to have been lost in the shuffle at EA. There were only two versions of Dungeon Keeper and they were simply fantastic. The idea was simple: you’re building a dungeon to attract monsters to come and live, and you need to keep out those pesky “heroes” that want to steal your hard earned gold.

Want some Warlocks? Build a library. Want some Bile Demons? Build a workshop. Want Skeletons? Build a jail and put captured heroes there so they die and turn into skeletons. Want vampires? Build a graveyard so your imps can carry the dead there. Everything in the game had a purpose, and it was deliciously fun. 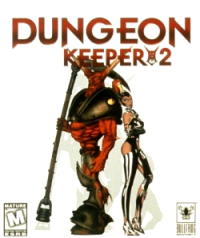 Re-launching Dungeon Keeper would be relatively easy since the original game mechanics were already perfect. New monsters would be a must, like zombies or drunk evil dwarves. Most importantly, a new Dungeon Keeper should keep the same humor as the original. Did you know that if you build a casino in Dungeon Keeper 2, it would attract a thief? And if one of your monsters became a “jackpot winner”, all the gamblers would stop playing so they could dance in celebration. Yeah, Dungeon Keeper was that cool.

This is simply one of the best simulation games ever made. Way back in 2004 it was announced that the franchise had sold over 8 million copies, so I can only imagine how many they’ve sold by now. There’s something extremely charming about setting up an amusement park and charging $5.00 per person to ride the Laser Loop (it’s very special to me since Kennywood Park dismantled the Laser Loop years ago). You could also do lots of crazy stuff, like build a super-long walkway that ends in front of the only Bathroom in the park… and then charge $1.00 for customers to use it. [insert evil laugh]. 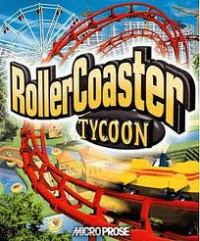 Rumor has it that Atari is getting ready to launch a new game soon, but here’s hoping it comes VERY SOON. Putting the game in 3D looked nice (and you could ride the rides in first-person-point-of-view), but we could use some easier-to-use buttons. And do we really need 5 different kinds of drinks stalls? I don’t think so. That being said, I still play Rollercoaster Tycoon today (all versions) and would love to see this franchise come back to life.

I recently downloaded Virtua Fighter for the Xbox 360 and was surprised. While the game itself has always been more “realistic” than other fighting games, it’s clearly painted itself in a corner with its fans. The learning curve is now extremely high and game flow is faster than ever, which poses a great challenge, but it might discourage new players. Here’s a bit of trivia: Arcade cabinets for the original Virtua Fighter are kept in the Smithsonian Institution (for contributions in Art and Entertainment). 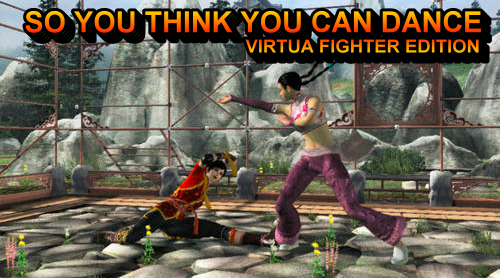 Not really sure what they can do to reboot Virtua Fighter without breaking all its game mechanics, but slowing down the combat would be a great plus. The Guard button could use some tweaking, or maybe just remove it altogether (that’s not nearly as scandalous as it sounds). Tekken and Street Fighter have very memorable characters… why doesn’t Virtua Fighter?

The third version of this game has been released, but it seems a bit easy.. lol. The game can be fun on many levels, but we miss the elaborate story telling, the near-infinite possibilities in the game – including finding extremely rare items without having to pay for them – and seriously improved server capacity. 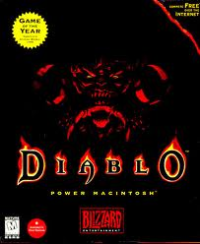 Best way to revamp the Diablo franchise? Combines Diablo 3- Hardcore mode with more in-game options. But ah, who are we kidding? Diablo is a guilty pleasure, and we cant wait now for Diablo 4.

There’s been lots of iterations of Bomberman over the years. The last really good version was Super Bomberman 2 for the Super Nintendo. This was the ultimate party game — it supported four players with multitap, it was easy for players of all ages, and it was just downright fun. They tried to expand it later by making 10-player versions and dinosaurs, but the Super Bomberman 2 was always been the best.

They really just need to re-release this version for consoles and smart phones. Not much needs to be tweeked, except perhaps toning down the Golden Bomber bonus (having double life is kind of broken). The game is so good that they don’t even need to move to 3d; the original 2d graphics are still charming to this day. In fact, I still bust out my Super Nintendo once a year and bring this game out — everyone loves it. Please Hudsonsoft — relaunch Super Bomberman 2!

That’s not all! We still have A LOT more games we want to discuss! Check back next week for Games 15-11 that seriously need a reboot.