We continue our coverage of 21 games that desperately need a reboot or a re-launch (aka a sequel). Let’s take a look at numbers 15 to 11. 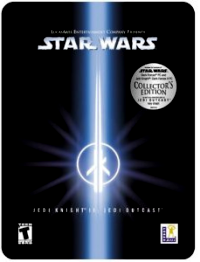 While the naming for this series is a little confusing (its official title is “Star Wars Jedi Knight II: Jedi Outcast“), there’s no doubt in my mind that this could be the best Star Wars game ever produced.

The main character, Kyle Katarn was fun to play because he was a fallen Jedi — so you spend part of your time as a smuggler and then eventually return to using a light saber. There were some incredibly frustrating puzzles in Jedi Outcast, but the sounds and ambiance more than made up for it. Even with a book of cheats next to you, it was fun game to play through.The sequel, “Star Wars Jedi Knight: Jedi Academy”, wasn’t nearly as good as Jedi Outcast, but both games truly made you feel like you were in the Star Wars Universe.

They’ve tried to do other similar titles recently (The Force Unleashed), but those games were made for consoles and still didn’t live up to Jedi Outcast. What we want to see is a continuation of this series (in Jedi Academy, there are 2 very good endings, one with the light side and one with the dark side). Revising the graphics is obviously important since Jedi Outcast was released way back in 2002, but more importantly a re-launch should have better artificial intelligence. It’s fun to slice stormtroopers in half with a lightsaber, but not so fun when they randomly run off a platform to their death.

Oh, and keep the slow-motion effect whenever you got a cool kill. 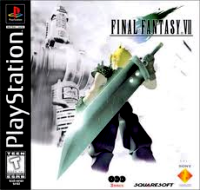 Final Fantasy XIII was released around 2010… that’s “Final Fantasy 13” for you kids who aren’t paying attention in school.

The best thing about Final Fantasy was its elaborate story and sophisticated combat. That’s what we want to see more of!

Good old days of Final Fantasy 6 and Chrono Trigger are reminiscent of those qualities, and we definitely could see more of them in the future. 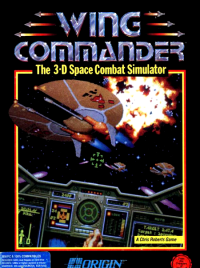 The Wing Commander series has a special place in my heart. From the very first time I got into the cockpit of my space fighter to the moment Hobbes betrayed me… I loved it all. When it comes to space combat sims, Wing Commander was at the top of the genre for a long time. We’ve had lots of other entries since then like Freespace and Freelancer, but Wing Commander had something that all those others didn’t — a rich universe. Big cats vs humans. Who can resist?

Wing Commander could use a brand new version of the classic system — a first person space combat sim. Rebooting the entire storyline is a great way to bring in some fresh characters or fresh old favorites like Maniac.

On that note, I’m not sure real life actors are needed. It was nice to have Mark Hammill in the lead role and especially cool to have Malcolm McDowell in there, but I prefer in-game graphics. Unfortunately, flight sims aren’t very popular these days, so a new Wing Commander may just be a dream. And there’s always my personal guilty pleasure: Wing Commander the movie (with Freddie Prinze Jr.) 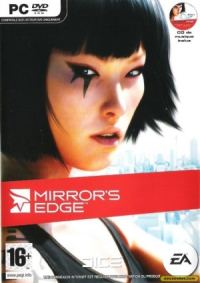 “Mirror’s Edge was a first person shooter that left the guns at home and focused more on the first person part. The game mechanics focused heavily on a first person parkour system, while the story had an anti-oppressive government plot at the center, partly inspired by the awesome but short lived television show, Firefly. The game was unique in that the movement, running and jumping all had a fluidity never before seen in a first person game. Oh, and the protagonist was a properly dressed, anatomically normal girl. Possibly also a first for the genre.”

“Mirror’s Edge only came out in 2008, so worrying about a sequel may seem premature. It received pretty favorable reviews, sold well and let’s face it…EA’s normally not one to let a money making franchise sit idly by. While a 2D side scroller based on the franchise has been released on iPad, we’re still waiting for a true 3D sequel on a console. There has been plenty of talk of another game (or even two) in the franchise, but the game seems somehow stuck in development hell. So for now, Mirror’s Edge fans can only hope and have faith.” 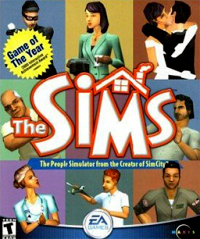 Let’s face it, the Sims has grown tremendously. With each iteration, The Sims has gotten bigger and bigger, but some feel it lost touch of what made it so addictive and amazing. Sure you can walk around town in the Sims 3, but gone are the nuances of making an awesome home. Remember kids, bigger is not always better.

A reboot should bring The Sims franchise back into focus where it’s just you and your household. I like the ability start my own business or take vacations, but the focus should really be on my household rather than walking up the street to borrow a cup of sugar from the neighbor.

The Sims 1 was an engaging experience where you would guide your Sims through life, and that’s what we all loved the most about the Sims. The open world of the Sims 3 seems a bit too big. Remember, a good game is defined by its limitations, not it’s openness.

Below is a video of one of the best Sims 2 Skins ever made (I’ve used them myself, and they are indeed very cool):

Check back next week for games that seriously need a reboot, numbers 10-7!