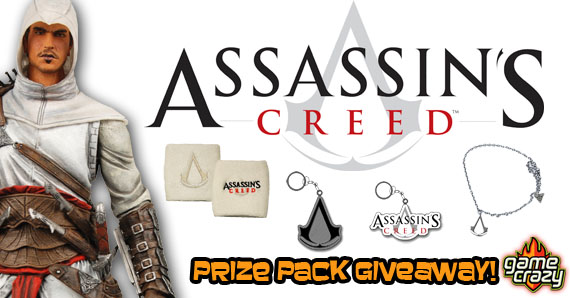 “Nothing is true…and everything is permitted.”

We’re back with another excellent giveaway contest! We certainly enjoyed last week’s Soul Reaver Rare Action Figure Giveway, and we hope you did too! The winner of that contest has been selected and the prize is on its way.

We were so excited with the recent gameplay trailer reveal for the forthcoming Assassin’s Creed 4: Black Flag at last week’s E3 Expo, we thought it would be a great idea to go back to where it all began, so we put together a special prize pack based on the original Assassin’s Creed game! Read on to learn about how you can win all these great items!

From the highly successful Assassin’s Creed video game series comes this detailed 7″ scale action figure! Altair comes armed to the teeth with an arsenal of swords and daggers, as well as a retractable blade and interchangeable hands. Featuring loads of articulation for great action poses. 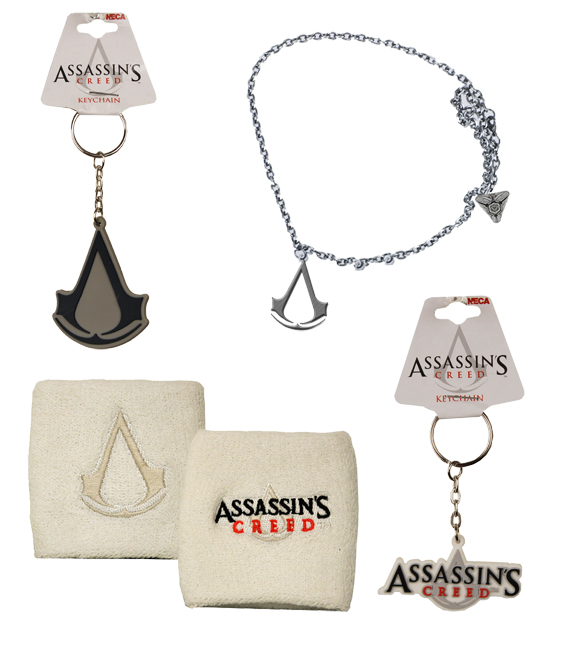 Show your allegiance to the Assassin’s Guild with these cool accessories, including:

In order to enter the giveaway you must answer the following question: “What is the name of the company who abducts Desmond Miles and uses his DNA to extract his ancestor’s memories?”

Always be sure to let us know what you would like to see in future giveaways. We love to hear your feedback and it is very likely that you could see it be the prize next week!
>