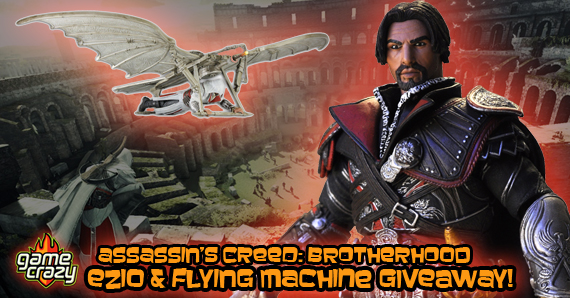 “You would not believe the things I have seen, Mario.”

We just got finished shipping off the rare Bioshock Edition Executioner from last week’s Resident Evil Action Figure Giveaway, and now turn our attention to this week’s giveaway!
We’re bringing you a special unhooded, ebony costumed Ezio Auditore from the Assassin’s Creed: Brotherhood video game! Not only that, we’re throwing in a really cool Da Vinci’s Flying machine so Ezio can cruise the air currents of renaissance Italy in style. One lucky winner will get them both! For more information, continue reading. 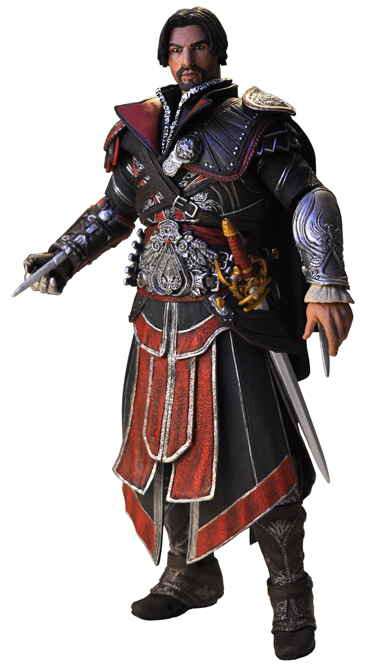 From Assassin’s Creed: Brotherhood comes this highly detailed unhooded Ezio figure in ebony garb. The 7” scale figure has a whopping 38 points of articulation and three sets of interchangeable hands! You can even re-create Ezio’s stealth attacks with the retractable and removable blades on the gauntlets. 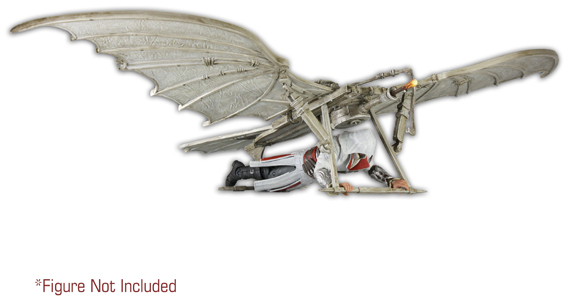 A highly detailed replica of Da Vinci’s Flying Machine, the awesome glider seen in AC: Brotherhood! The glider’s wingspan extends over 2 feet and the wings and tail are articulated. A 6″-7″ scale figure can be placed in the harness underneath and the cannon pivots and fires a spring loaded projectile. *Figure not included*

In order to enter the giveaway you must answer the following question: “What is the first name of Ezio Auditore’s sister?”