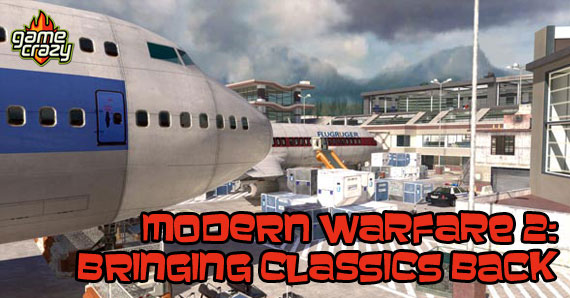 A couple weeks ago, Activision brought back the classic Modern Warfare 2 multiplayer map, Terminal. The map was made available for download free of charge to Xbox Live members on July 17th. The map also goes live for PlayStation Network members, free of charge, on August 16th.

I love the idea of bringing back classic maps for new games. In fact, why stop at Modern Warfare maps? Why not throw in some maps from completely different games?

I love the Rainbow Six Vegas games. I think the Vegas games started the whole trend of making the most domestic locales the setting of massive first person shooter battles. 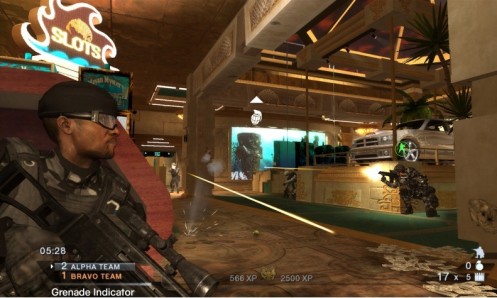 The Calypso Casino Floor map from the first Vegas game offers tons of space to maneuver within a very confined environment. It has high ground vantage points and enough cover on the main floor so that you’re not totally exposed to them.

Ok, I know Quake 3 is a bit extreme but c’mon, how much fun would this be? It would be snipers paradise! I would even say that this map should include one extra piece of DLC content that could only be used on this map, the Rail Gun. 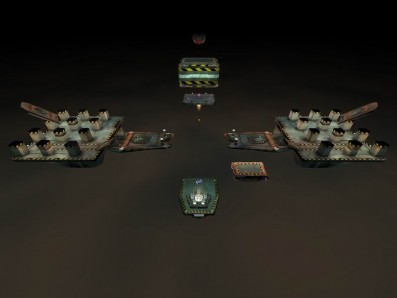 Why limit the maps to just newer FPS games? Let’s bring back some of the real classics. This was easily the most played map when my friends and I would sit down for a little 4 player Goldeneye. Obviously, playing this map in the Modern Warfare world would mean that airstrikes would be completely useless. To make up for that, I propose bonus DLC free for this map as well, Proximity Mines! 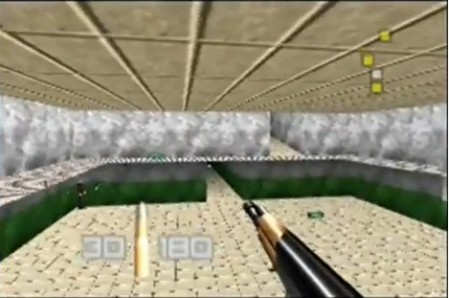 There you have it Activision. I dare you to include maps like these in the next DLC drop for Modern Warfare 3. Even if they does decide to bring back classic maps like these, they don’t have to be made a part of an actual DLC drop. Instead, they can just be additional maps available for free download separate from any new Modern Warfare 3 content.

I imagine not everyone would be psyched to see one of the hardest Quake maps pop up in the map rotation while playing MW3 online. At least the game lets players vote on which map will be next in an online match.

If Q3Tourney6 and Stack come up at the same time, well, then you’re screwed.

Sequels- Is The Second One Better Than The First?